Hello, Goodbye, How Are Things...


Well Guys the holidays are upon us...

Such a time is busy for anyone and everyone, but for me it has been hard to keep track of the daily duties family life imposes on you.  I was hoping to put a few more posts out before the end, but have only managed one.  I'll hopefully have more time in the new year, but I don't plan any more posting in the new year here.  At least for a while.

I've had an overwhelming outpouring of love from readers and friends alike.  I've even had offers from other sites to write for them.  Surprising messages of support and proposals have been sent that are truly touching.  I wanted to let you know that I have actually accepted an offer to periodically contribute columns from another website that has graciously allowed me to do so at my convenience.

Starting sometime in January I will have columns/articles start appearing on Tor.com which you will be able to read.  Tor.com is the internet site for Tor Books which focuses in science fiction, fantasy, pop-culture and the site focuses on these and other genres (although I was told that a certain Disney perspective was missing.).  I know many people replied to me that they will miss my opinion/stories/rumors/news and here is your chance to still see them/me again (kinda).  I don't know how often I will post, but I have the freedom to post at my discretion.  And if you like what I post and want more then let the folks over at Tor.com know.

Hopefully this will be good news to some on you.  It will be a way for you to keep up and in contact with me over the upcoming months.  We may be displaced, but we won't permanently be disbanded as a community of Disney/pop-culture lovers.

With that I will temporarily say goodbye and thank you for all your support...
Posted by Honor Hunter at 7:55 AM 13 comments: 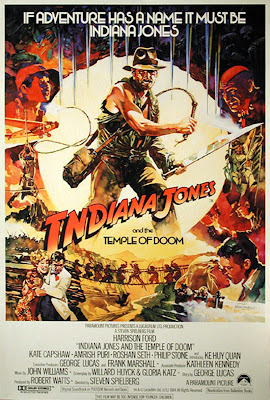 Like the red tape Doctor Jones just was set free from...
Posted by Honor Hunter at 6:18 PM 5 comments: