Disney Plans On You Taking A "Jungle Cruise"...

Walt Disney Pictures have toyed with the idea of making a movie using the Jungle Cruise ride for sometime now... since 2002 or so, I believe. It appears now they are much more serious about it.

Their goal is to make it a Summer/Holiday event and even though there is no director attached the project is being viewed as a possible Christmas 2008 release or Summer 2009 should events drag on. All this is subject to change depending on if the script(by Alfred Gough & Miles Millar of Smallville, Shanghai Noon/Knights and The Mummy 3, no less) is greenlit, a director is found and casting of actors goes smoothly(translate that as getting an "A" list actor to sign on). Can "It's A Small World" the movie be far behind? Uhg... I hope not. I have a hard enough time getting that song out of my head now. Let me see... what other properties can they milk... err, I mean exploit. Indy... nope, done that. Finding Nemo Subs... nahh, that's been done too! Well, I don't know 'bout you... but I'd love to see a new version of Davy Crockett, ala: Pirates of the Caribbean style. How 'bout we see if Russell Crowe is free for a few months of filming and Michael Mann will agree to pull it in under three hours with a PG-13 rating? What am I saying??? That's SUCH wishful thinking...
Posted by Honor Hunter at 2:54 AM No comments:

Michael Bay To Direct "Prince Of Persia" For Disney...

It appears that Jerry Bruckheimer may have bagged the director he wants to direct his next big summer extravaganza... He hasn't signed on the dotted line, but Michael Bay is in preliminary negotiations to direct "Prince of Persia: Sands of Time" for Walt Disney Pictures(hat tip: IESB.net). Naturally, Bruckheimer and Bay have a long relationship and it makes sense that this type of project would be an obvious continuation of it. While the original release date was going to be the holidays 2008, the envolvement of Bay has pushed back the likely realease date to Summer 2009. Bruckheimer will produce for Bay with a script by Jordan Mechner and Jeffrey Nachmanof. No cast or other crew has been announced for the coming blockbuster.

Another large, expensive production that Disney is lauching to create another franchise now that the Pirates series is winding down. Interesting stuff, eh?
Posted by Honor Hunter at 10:16 PM No comments:

King Of The Castle Or Disney Villain? Marvel Comics has it's men in tights. Warner may have bought DC Comics years ago and turned it's costumed characters into a cash cow. Well, now Disney has their own Super hero. Ok, so John Lasseter may be Superman and Ed Catmull may be Batman, but then there's...

The Single most powerful person on Disney's board. He now owns 6% of the company... that may not sound like much but for a company worth literally billions of dollars six percent is a whole lot.

If you take into account Michael Eisner worked as the Walt Disney Company's CEO for twenty two years. Over that time he aquired stock through the options in his contract... after almost a quarter of a century he now owns around 1%. Nothing to sneeze at, but overnight Steve Jobs has six times that.

One wonders what affect he's having on the decisions the board are making. Jim Hill reported last year that Iger had his ear about several issues and that he, in particular was the one responsible for the cutting back the production of non-Disney films and the refocusing on the Disney brand.

Many have wondered if he would eventually push Iger out and take over Disney the way he took over Apple in the mid 90's. I think he's happy with his deal. I believe he enjoys making decisions that affect the company but has no desire to get mired in the menusha of a mega-corporation. He can focus on Apple and the electronic part of entertainment while keeping his eye on the content his devices will play.

It is a small world afterall... and Jobs just wants to play in Disney's, not rule the castle. Or leap any tall building in a single bound I guess.
Posted by Honor Hunter at 5:55 AM No comments:

Toy Story Mania is a project that will open in 2008 in DCA and D-MGM Studios. Here are some samples of the scenes you'll be able to experience while riding it. There are apparently four or five others that haven't been shown yet. The final determination will not be decided till later this year.

It's supposed to be a totally emmersive 3-D experience that will be somewhat different everytime you ride it. This will make it a ride you'll have to go on again and again... which is what the Executives and Imagineers want! 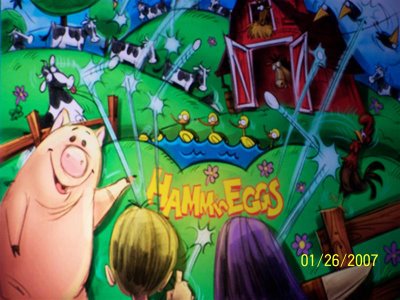 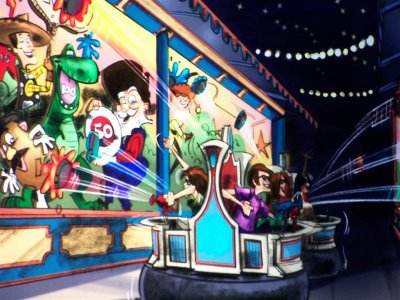 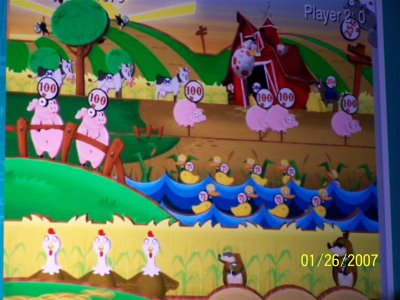 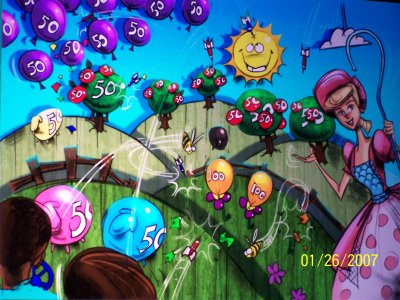 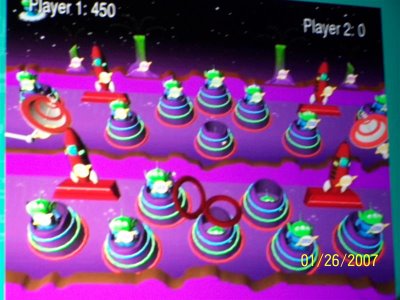 Posted by Honor Hunter at 3:12 PM No comments:

American Dog Gets A New Master... 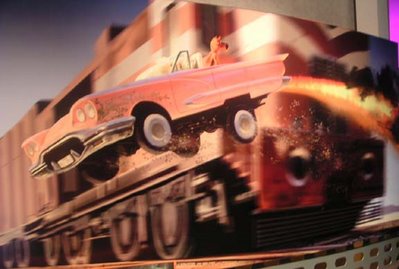 It appears that American Dog is not going to die a slow death.

Everyone was thinking that after Chris Sanders was fired the project might get shelved.

It also appears that the rumor about Lasseter turning Disney back into a 2D only studio is not true. Ed and John said that they plan to turn Disney into a director's studio just like Pixar. The directors will decide what medium they want their films done in.

So anyway... it appears that American Dog is still on schedule to be the Disney's major 2008 animation release.
Posted by Honor Hunter at 12:12 AM No comments:

It appears my earlier post about the different Disneyland Hotels around the world now has a sequel... or at least an interesting question at the end of it.

WDI has a serious proposal to radically retheme the original Disneyland Hotel's three towers. The plan calls for the structures to be changed from the inside out...

The renovation is supposed to begin late this year/early next and is expected to last almost three years. When through it should look nothing like it does now. That's around a year per tower and one of the towers will be designed with family suites. It appears that Mickey Mouse Penthouse was more than just a YOMD promotion. It was testing grounds for these designs.

The plan hasn't been approved yet, but should be signed off by the end of April if everything goes well. As far as what it will look like. It's been described as Fantasy, Magic and Dreams and is supposed to be much more in line with the Disneyland Park whose name it uses. The emphasis is on the fantasy and one Imagineer told me when asked if it was going to appear like Excaliber in Las Vegas said no, but you're heading in the right direction. And it will look amazing...

Hmmm... interesting. Hopefully artwork will be released when construction starts.
Posted by Honor Hunter at 11:41 PM No comments: