Although it's been mentioned quite often here on MouseKingdoms it appear at the company sharholder meeting Walt Disney Animation Studios finally made it official:


"2007-03-08 13:04 (New York)
By Andy Fixmer and Cecile Daurat
March 8 (Bloomberg) -- Walt Disney Co., owner of Pixar animation studio, will release ``The Frog Princess'' in 2009 in a return to the hand-drawn movie format the company had ceased producing.
``The Frog Princess,'' set in New Orleans, will be directed by John Musker and Ron Clements, who made ``The Little Mermaid'' and ``Aladdin.'' The film, based on the pair's original story, features Maddy, Disney's first African-American princess, Chief Creative Officer John Lasseter said.
``We're going back to hand-drawn animation,'' Lasseter told investors at Burbank, California-based Disney's annual meeting in News Orleans today. ``This movie is going to be classic Disney and yet you have never seen this before.'' 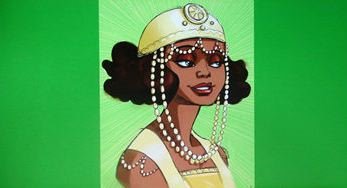 Taking place in the roaring 1920's New Orleans during the heydays of the Jazz Era. The story focuses on a beautiful, young girl named Maddy.

The story starts out with her as a small 6 year old child and establishes the relationship between her and a prissly little girl named Charlotte. The story quickly moves up from there to her as a 19-year-old African American chambermaid. Bright, resourceful, ambitious, intense. A little too grown-up for her age. Charlotte has grown up to be an 18 years old, spoiled, southern debutante. A diva. So to speak... 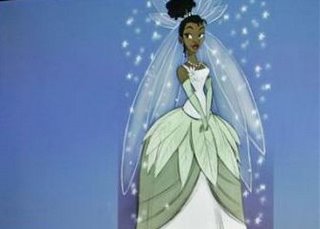 Maddy's mother is Eudora. In her fifties is a warm homespun and nurturing woman who is overly fretful. Eudora used to be Charlotte's nurse maid. Charlotte's father is known as Big Daddy La Bouff Wealthy, Southern plantation landowner. A "good ol' boy." Warm, affable, courtly, imposing and powerful with a thick southern drawl. 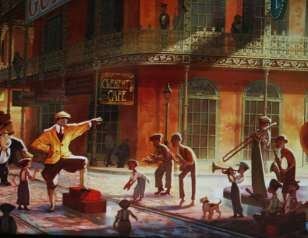 There are plenty of interesting characters around the La Bouff family. Like George the La Bouff's chef, a curmudgeonly, African American in his 50's-60's. And no Disney tale can be told without a cute loveable creature, can it? The Frog Princess has Ray, a lovesick Cajun firefly. Warm, friendly, laid back and easygoing. He is comically obtuse, missing front tooth, has a lisp and occasionally speaks in Cajun French. Then there is Louis a Jazz singing alligator who is comic, manic, and very high strung. He's hip aligator with a extraordinary jazz singing which he sold his soul to get.

Now along the way, Maddy will meet Mama Odie, an elderly, African American 200 year old Voodoo priestess/fairy god-mother who is eccentric, benevolent, wise and all knowing. Think of her as a mixture of Moms Mabley & Yoda.

Now as we all know every Disney Princess must have her Disney Prince. The Frog Princess has Maddy falling for an actual prince. Prince Harry... no, not the one being sent to Iraq in a few months. This Prince Harry is a gregarious, fun-loving European Prince, in his early twenties. Picture a young Cary Grant. Charming, witty but irresponsible and immature who just happens to loves jazz. And he couldn't have come at a more perfect moment than during Mardi Gras. 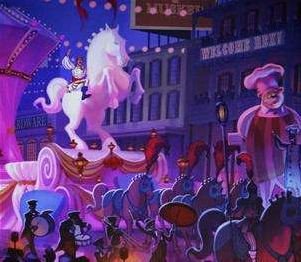 Oh and before we forget. A Disney Film without a villian? I don't think so. Not when we have Dr. Duvalier a African American Voodoo magician/fortune teller. Duvalier is charming, charismatic, smooth and a sinister mean, bad guy. Picture a cajun male version of Malificent.

I can't wait for it go get here. The Frog Princess offers us the chance to have a "Third" Golden Age of Disney Animation now that John Lasseter is in charge. Whatchathink?
Posted by Honor Hunter at 1:12 PM