Mouse In The Apple Tree... 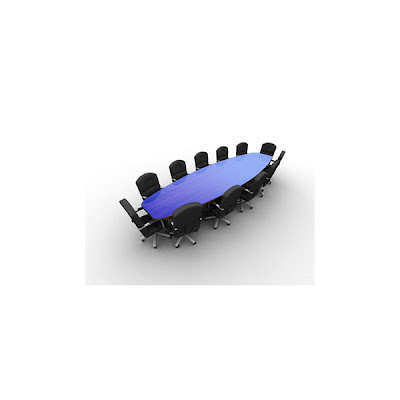 Now that Steve Jobs is gone, the Apple Board has no chairman and is down one member...

Until today. Apple CEO Tim Cook upped Arthur Levinson to Jobs' former title of Chairman and added Walt Disney Company CEO Bob Iger to the board. It's hard to imagine that he wasn't already there considering the closeness between the two companies. Disney has been one of the earliest supporters and adopters of the Fruit Company's products/devices/services.

Iger will sit on Apple's audit committee and provide a closer relationship between the entertainment and electronic giants...
Posted by Honor Hunter at 1:52 PM

Disney wasn't all that supportive of Apple products early on. If it weren't for a few dedicated employees in various divisions, Disney would have eliminated Apple computers over a decade ago.

One key to Apple's foothold in the company can be tied to Bruce Gordon at WDI. His stubborn support of the Mac kept the platform alive until management finally recognized it's value.

So very true. There was a lot of push back from the mouse house early on. I was there and watched it happen. One poor staffer was even sacked for his support of the Mac platform.

Don't give these guys too much credit for their support of Apple. Most were real jerks. And, kudos to the late Bruce Gordon for all his hard work.

I'd love to see Apple take over a pavilion in Future World.

When Jobs was added to Disney's board and Lassater made CCO, I had hoped that Disney would finally step out of the Eisner-imposed darkness and a cultural change would elevate the company and it's creative offerings. But with Jobs gone and this development, Apple's downward slide appears inevitable instead.

I don't think that the loss of Steve Jobs will have that much of a negative effect on Apple products throughout the company. They have done a good job of getting intrenched in various divisions.

There may be some frustrated PC fans who may try to reestablish Windows position, however since Apple products can pretty much cover everything (including running WIndows), it seems like it would be difficult to overcome Apple's position there.

with all these politics.... no wonder disney theme parks in america are going down, the only resort worth visiting is Tokyo disney resort.

This post was a month ago Honor. Come on man. Throw us a bone!

What happened? Why no more updates? Is this blog dead?

What happened to this blog?

Apple reminds me of democracy.
Fair, equal, and productive.

Wow... what the heck has happened to this place? Once bustling with 2 to 5 posts every day... now we haven't seen anything since mid-November.

Does he think he's getting taken over by Big Screen Animation somehow? (In which case, he's crazy, seeing as it's only about *animation,* not all Disney stuff.)

Comments are still being posted... and they are reviewed by someone in charge... so, someone is still in charge here.

Now that Medical is fully gone, the particular Apple company Panel doesn't have any chairman and is also Cheap SWTOR Credits
straight down one particular fellow member...

Until finally today. The apple company CEO Bernard Prepare food upped Arthur Levinson in order to Jobs' past title of Chairman as well as additional Walt Disney Firm Boss Frank Iger to the panel. It's hard to visualize that they has not been by now generally there taking into consideration the closeness involving the a couple SWTOR Credits of organizations. Walt disney world has become one of many earliest Buy SWTOR Credits proponents and also adopters in the Fresh fruit Business's products/devices/services.