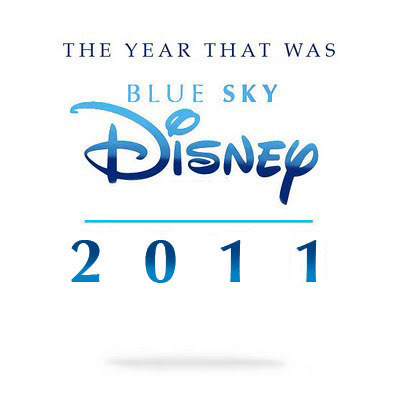 As Blue Sky Disney moved into the middle of the year, the perspective we provided was an interesting mix of what will, and what could happen and what should happen...

We dealt with the coming Tron animated series: "Tron: Uprising" that will be debuting later this year on Disney XD.

Blue Sky was the first to break the news about Glen Keane possibly moving over to Jeffrey's house.

It's always interesting to hear what Bob Iger has to say on the Mouse.

Guillermo del Toro is without a doubt the busiest man in film, hopefully he'll still have time for that "Haunted Mansion" reboot.

More on the direction of Glen Keane's future career.

Disney, Pixar and DreamWorks, you have competition.

The Oriental Land Company has a big affect on the bottom line of Disney, both in terms of quality and perception as well as the balance sheets for investors.

Where will the next Disney gate open up?

Not everything will be finished at DCA when the park rebrands itself this summer. What and when can we look forward to more plussing?

My favorite Fruit Company was founded on this day.

It's hard to believe that it's been an entire decade, and still most of the world doesn't know about the secret that is Tokyo DisneySEA.

And speaking of that marvelous park, have you seen their version of Fantasmic!

Shanghai Disneyland slowly began to reveal itself to the world.

And although not all shows are Disney, many could be and a few should have been.

The posters that were introduced for California Adventure were wonderful to look at.

Here was a wonderful short that gave you a look at what a Pixar "Rocketeer" would have looked like.

And while we're talking about that film, how about a sequel?

Blue Sky dealt with what was upcoming on WDAS's calender.

I haven't heard anything about this project since last summer, hopefully it's still moving forward. Perhaps Tim Burton can direct Johnny in this as well?

Disney has always been the heart of animation for me. It's good to see that it's heading in the right direction for a change.

And think, it's now just what happened up to Fall of last year...
Posted by Honor Hunter at 3:54 AM