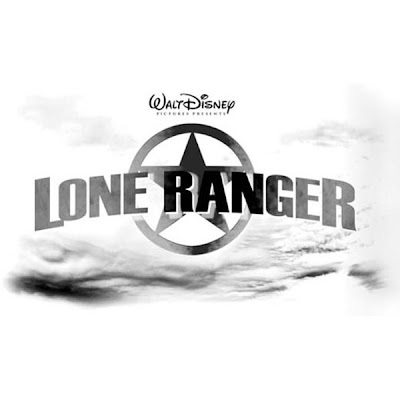 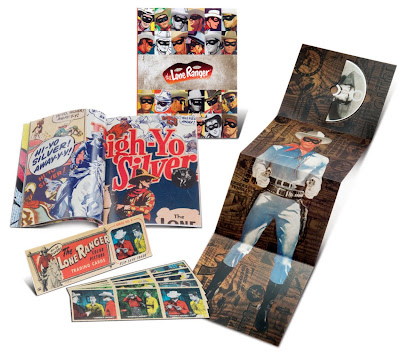 Well it appears that sanity has come to Burbank...

It this struggling economy, spending well north of a quarter of a billion dollars on a Western was enough to make the Mouse believe that it wasn't worth it. Thank you very much, "Cowboys & Aliens."

But the studio has come to an agreement with the producer, director and stars (what, no writers?) to take a 20% pay cut and defer some of the payments on the back end so as to get the film rolling. Also, any cost overruns will come out of Jerry Bruckheimer's pocket not Disneys. So it appears the production is back on track for shooting to start on February 6, 2012, with the film being released in the summer of the following year, May 31, 2013 to be exact.

Fear not, this is still a budget of over $215 million dollars, sans werewolves and a few other mystical things, but it still has three or four amazingly complex train robberies/crashes that should excite audience amidst the shoot outs. And don't worry about Johnny Depp not looking like an Indian, even though he is part Indian. You won't be able to recognize him if the make up test that they've done are approved. He's going to look like something you've never seen before. Of course, that has the studio a little worried, after all, if you're selling Johnny Depp and he doesn't even look like himself, will the audience not buy a ticket?

Come two years from now we'll likely know, but I like Gore Verbinski and I already know he can pull off a Western since he did "Rango" this year.

No werewolves? Awww, when I heard werewolves I got really excited about this.

Interesting tease about the makeup test, though. Depp is such a chameleon, he's a human RANGO. Wait, what? :)

You have incredibly bad taste Honor.

NOBODY wants to see a Lone Ranger film. Kids will think its boring and no adults in their twenties or thirties even remember the television show. I think people are sick of Depp as proven by On Stranger Tide's terrible domestic box office. Foreign people haven't caught on yet but they will. Oh and 215 million!? There is no way that films will make a profit with that budget. Not to mention marketing. It's getting so ridiculous. Disney could make two good films with that amount of cash.

Oh and now I know that you are racist as well. Stop making excuses for Depp. An actual Native should have been cast, not some white piece of bread like yourself. Typical white American. Arrogant. You have no idea what minorities have to go through because you have everything on a silver platter you piece of trash.

Three or four train robberies? Could be interesting.

Johnny Depp never really looks like himself in any movie he does. People love him for his characters. In each movie, he looks significantly different.

I read the trian sequences have Big Thunder Mountain tie in. Anybody know more?

Not sure what that dude is smoking. But Pirates #4 is the 3rd highest grossing movie for 2011 here in the states. While it grossed over a billion worldwide and is one of only 10 movies of all time to break a billion. Now get ready and watch it set new records with the DVD/Blue Ray coming up next week. Everything Disney & Johnny does turns to gold! Hoping for a sequel to Alice in Wonderland - who would have ever thought this film would have earned over a billion and be in the top ten of all time? Looking forward to the Mad Tea Party replacement for Electronica in DCA next year!

Sounds great to me; glad they worked out their budget problems. To be honest, I'm glad they cut out the werewolves and are focusing more on the "real" western stuff like train robberies instead... I think it was partially the obsessive focus on the supernatural that made the 2nd and 3rd Pirates inferior to the first.

And I agree with No-Depp... it won't matter if Depp looks like himself, people will come see him anyway. He was completely unrecognizable in Alice in Wonderland, and we all know how that turned out.

Eeeck! I thought Rango was absolutely dreadful - far too long for an animated film. One can only hope The Lone Ranger can be more engaging to the audience.

Okay Anonymous #2... you're right that a Native American should've been cast for the role. But Honor is excited because it's *Johnny Depp.* Johnny Depp is awesome.

Oh, and On Stranger Tides? Whatever. Whether it was good or not (I thought it was), Rango did fine at the box office.

"Typical White American. Arrogant. You have no idea what minorities have to go through because you have everything on a silver platter you piece of trash."

Wow, and you're calling Honor racist...

Unfortunately, everything that I said was true. Let me guess Darrell, you are an overweight, white male? Yeah, I thought so.

Am I a white male? Yes you are right. Am I overweight? *Wrong.* That was an epic fail on your part, Mr. Racist.

If you're gonna complain about Honor or me or other white males, find somewhere else to do it.

Pffffft.... Honor the one who is racist?

"Oh and now I know that you are racist as well. Stop making excuses for Depp. An actual Native should have been cast, not some white piece of bread like yourself."

Let me guess, overweight non-white male? Yeah, I thought so. GTFO you loser.

It will be interesting to see how they make the Lone Ranger cool.

As far I know, Johnny Depp will look something like the portrait 'I Am crow' by famous painter Kirby Sattler.

I still love the cartoon where a retired Lone Ranger is sitting in his easy chair reading a Dictionary of Famous America Indian Phrases:

Whatever. All you white losers can stick together!

Ahhhh... the classic "Whatever" phrase. Commonly used in teenage lifestyle ("Whatevs!") and in such cases where the author has realized they have made a fool of themselves ("I can't think of anything better to say, so, "Whatever!")

But, this is just a third party speaking. My opinion doesn't count.