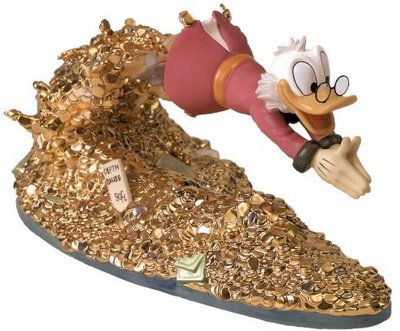 "LOS ANGELES (Reuters) - The Walt Disney Co. said on Thursday its quarterly profit doubled on strong results for its films, TV networks and theme parks, but its shares fell 2 percent after touching a five-year high in regular trade."

Now if they will use some of that money to improve the image of several parks. Walt Disney Studio Paris, DCA and even WDW could use a little TLC.
Posted by Honor Hunter at 9:07 PM