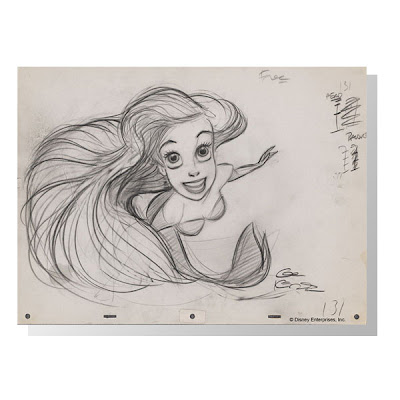 Well, we told you over a year ago here that it might happen...

Glen Keane has made it official and here is his letter to WDAS:

Dear Colleagues and Friends of the Walt Disney Animation Studio,

After long and thoughtful consideration, I have decided to leave Disney Animation.

I am convinced that animation really is the ultimate art form of our time with endless new territories to explore. I can’t resist it’s siren call to step out and discover them.

Disney has been my artistic home since September 9,1974. I owe so much to those great animators who mentored me—Eric Larson, Frank Thomas and Ollie Johnston—as well as to the many other wonderful people at Disney whom I have been fortunate to work with in the past nearly 38 years.

Over these four decades I have seen so many changes, but the one thing that remains the same is that we all do this because we love it.

I am humbled and deeply honored to have worked side by side so many artists, producers and directors during my career here at Disney, and I am tremendously proud of the films which together we have created. I will deeply miss working with you.

With my most sincere and heartfelt good wishes for your and Disney’s continued artistic growth and success,

My thought when I heard this:

The man that helped to ressurect Disney Animation TWICE is out, probably in the way to DWA. Now what, Honor? Who will lead this new generation of Disney animators?

If Andreas Deja leaves that's it

While Glen has resigned as an employee of WDFA, it is presumptuous to assume a severing of all association with Disney (or a defection to DWA).

As a creative visionary, the 10 year development experience of Rapunzel/Tangled, in which the original vision for the film, and his role within it, changed substantially in part because of the natural constraints of the WDFA structure (and as an employee reporting to others).

As an independent talent, much as Don Hahn, Glen now has more creative freedom to drive the projects he nurtures or is involved in, and ability to see his singular vision realized.

This is just like when Don Bluth left Disney.

Andreas Deja left Disney years ago--returning intermittently. But he's just not a particularly good animator. Certainly no where close to Keane. And there are many animators better than Deja.

That is COMPLETELY different than the gracious departure that Glen has made as an employee of WDFA, and one in which his larger relationship with the Disney company is still intact.