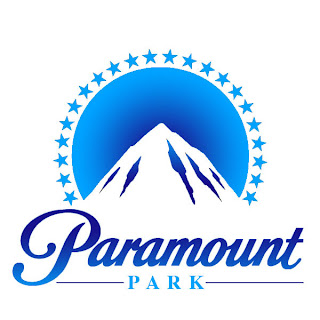 Walt Disney had it right when he created Disneyland...

It wasn't that people just wanted a collection of cheap thrills to stimulate the senses, it was that they wanted it structured, and filled with a narrative: a theme.  A purpose.  It took a while for others to catch on to this concept, but for the past few decades the idea of theme parks has exploded.  Disney had it correct from the beginning though.  What better way to have a theme park than build it around stories that people already know?  Movies.  The visual medium has a built in brand awareness.  A film studio is a factory churning out these stories, these dreams.  A dream factory, if you will.

Now, it's taken a while for other studios, (Universal was the only other studio to "get" it) but the Suits at the rest of the Hollywood entertainment companies have moved to compete in this area.  Not only do we have Universal expanding their brand all throughout the world, but Warner Bros. is licensing their properties to them (a mistake, if you ask me), Dreamworks Animation is doing the same, and now Paramount Pictures is starting to mine their properties.

Of course the deal is for an international park, the United Kingdom, specifically.  The famed studio is partnering with the London Resort Co. Holdings to turn 872-acres on Swanscombe Peninsula in Kent into a European destination to rival Disneyland Paris.  And at a cost of $3.2 billion, it might look quite pretty depending on what the theming looks like, as well as the properties they choose.  I can see a "Mission: Impossible" attraction, but properties like "Transformers" and "G.I. Joe" are owned by Hasbro, and we know that the films they distributed like "Iron Man" and "Captain America" are now owned by, uhm, someone else.

The deal looks similar to the agreement that Disney has with the Oriental Land Company.  It looks like the London Resort Co. Holdings will be the one making the decisions with Paramount getting a percentage of the earnings from the gate, merchandise and food.  Let's hope that they hire brilliant designers to create this park.  Possibly some brilliant, former Imagineers?

It'll be interesting to see what takes shape when this opens in 2018...

Worth noting that Paramount has owned theme parks before (Paramount's Great America, King's Dominion, Carowinds, Canada's Wonderland, and some others) and sold them all off to Cedar Fair.

If paramount succeeds on this then Disney land is in big trouble because by reading this post I can imagine how cool this upcoming park is going to be.

Paramount has already been down this road. The Kings parks (Kings Dominion, Kings Island, etc) were Paramount parks before being bought out by Cedar Fair. And they were (and continue to be) pretty "meh."

All those parks had been around for decades before Paramount bought them and slapped their logo over the existing names. They had some Borg and Klingons wander the park, slapped a license on the occasional new rollercoaster and called it Paramount's Old Name Here. Those were preexisting roller coaster parks. THIS is hardly the same thing.