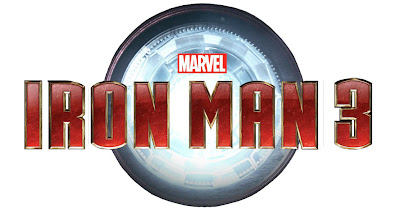 So we finally have the first trailer for next year's last film for Marvel Studios...

And it looks great, awesome even.  "Iron Man 3" has been highly anticipated by me, mainly because of the director/writer attached to helm it.  Shane Black has been around Hollywood for three decades, but only recently got into directing.  Primarily a writer (creator of the "Lethal Weapon," etc.), Black made his directorial debut with Robert Downey Jr.'s comeback film, "Kiss, Kiss, Bang, Bang," which I loved.

The announcement that he was directing the film, as well as co-writing the screenplay was what perked up for me.  I believe that this film could be the best of all three of Tony Stark's adventures in celluloid, but that's just me.

It appears that this, along with "Thor: The Dark World" are both offering more grandiose adventures that will expand the Marvel Cinematic Universe.  Success has a way of making one bolder, and this trailer makes the film feel like a larger take on the superhero world.

Now, if they want Downey back for another film(s), then they should back the Brinks truck up to his house...
Posted by Honor Hunter at 5:40 AM

It definately takes lightening in a bottle to get everything to go right. As long as they can tap into Marvel's canon and have directors passionate to the work you think the IRON MAN story can live on.

But, like you say, you need to keep the actor happy and eager for the project as well. As time and an sequel go forward that will be harder to do.

RDJ wants to continue to play Iron Man, but has voiced some anxiousness over the fact that certain higher-ups may not want a slightly older guy like him continue to play the character. I really hope they don't kill him off or something...he adds so much to the character and the energy and dynamics of the Avengers just wouldn't be the same.

I'm curious about this more serious approach. I do hope, however, that Tony Stark's character hasn't lost his sense of humor.

It looks like a rip off of Christopher Nolan's Batman movies to me.

One question:
How in the hell are they going to make a thrill ride out of this at Dland?

The same way they made Spiderman, one of the best rides in the industry