As The World Turns... 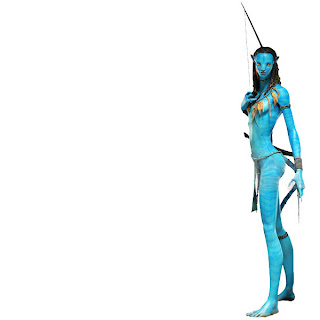 It's been rather quite out in the jungles of Walt Disney World lately...

Not much news has been heard about the upcoming expansion of Disney's Animal Kingdom.  A while back rumors were swirling that there was fighting among Imagineers and James Cameron on this project.  We reported that the land was indeed going forward and progress was steadily being made.

Now, my Bothans are off in another part of the world, on another project, so we haven't had communication lately, but there appears to be news on the new addition to DAK.  Two sites, The Epcot Explorer's Encyclopedia, and Stitch Kingdom got was were supposedly blueprints for proposed attractions.   They include designs and descriptions for a 3D simulator (which we revealed about here), and a water attraction.  While I can't verify that these are the actual plans, they are in line with what I've been told.  And the location of the plans is accurate, as Camp Mickey-Minnie was where Beastly Kingdomme was going to be build, so it makes the logical choice for this location.

If they are the actual designs, it's likely that they aren't the final designs.  But if they are the plans then someone inside Glendale is very mad right now.  I've heard people talking about this being a purposeful leak by the Mouse, and that isn't so.  Trust me, Burbank wouldn't do such a thing.  The two most secure places in the Disney world, are the Hat Building in Burbank and the Dream Factory in Glendale.


Now, we'll have to wait a couple years to see the actual plans released.  And a year or two more for the second film/new attraction to become reality...
Posted by Honor Hunter at 10:56 PM

We have to wait a couple years to see the actual plans? Is that a typo???

So they won't be discussing it a the next expo? I bought a Sorcerer ticket just so I could be front row to boo as loud as possible when James Cameron comes on stage to talk about his dream project.. =/ bleehhh

This has to be a Halloween trick by Disney. They wouldn't put something so boring and dumb inside that park. Would they? Shudder

Those places may be secure, but I don't think it's impossible that Disney decided to create some fake plans to have "leaked" to the public. Disney is probably fed up by now with how we keep getting our hands on things that they haven't publicly released yet and this could all be out to throw us off the trail.

I never seen such disappointing plans. They are footprints for two huge attractions, but there's nothing about how the land would look like. It's a bit like Universal Studios Hollywood where they put the "Back to the Future" ride next to the "Jurrasic Park" ride. I hope that's not all. There should be Pandora in the exterior theming of the land. Otherwise, Avatar will miss it's greatest potential for guests to explore the land on its own as we have seen in the movie.

Any news on the potential rumored third ride as a future development?

Off topic, but Honor, it looks like you got your wish (as I recall);

Disney is going to acquire Lucasfilm

Maybe StarWars is a better fit for Animal Kingdom?