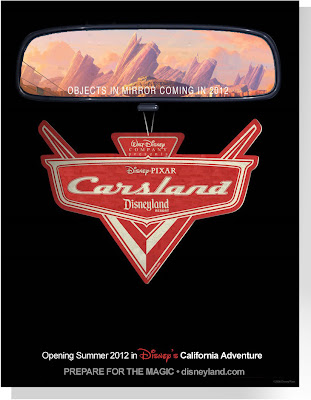 For those that don't remember, Walt began Disneyland as a private project. It wasn't as much a product of Walt Disney Productions as it was a product of Walt. He funded a majority of it by borrowing against his home and funding from the ABC network mainly. He risked his fame, his fortune and that of his family for what he believed in.

He even borrowed the designers from the animation department to start WED, which really wasn't a part of the company until later. While Roy ran the business side, Walt dreamed. Roy, a master salesman had the difficult task of finding the money to build his brother's dream. And even while this was going on, Walt was making a new live action film that was costing him an enormous amount of money... far more than he'd intended. If it had failed, "20,000 Leagues Beneath The Sea" would have sunk his pet project down in Anaheim. But it didn't and Walt forged ahead. All those around him believed in him and his vision. That kind of influence is difficult to come by, and even harder to sustain.

And when he passed away there was no one at the company that had that kind of influence. No one that could inspire loyalty or faith in the belief that what he was doing was right. Not Card Walker. Not Ron Miller. No one. Even in Eisner's Era, no one including the brash CEO could inspire such faith and influence. The only one close was Jeffrey Katzenberg over in WDFA and even he, still couldn't be considered in the same league as the master himself. When they were pitching stories to Katzenberg for new projects, everyone would continually say: "What would Walt do?"... his shadow took a long time to fade from the studio lot. Jeffrey Katzenberg did the right thing by telling them Walt is long gone, we can't know what he would have wanted. We have to find our own way. And so they did. More often than not, the company made productive decisions. There were some glaring mistakes along the way, but until Frank Wells died in that helicopter crash the company mostly was firing on all cylinders.

But that influence that Walt had... it still wasn't there.

Until now. Now, you say? What are you talking about. Well, first let me say that no one will ever have the influence that the Maestro had. No one. But some may come close... and right now, someone actually does. The Mousetro himself, as I call him. Or as I referred to him in my first article about him: "Walt Disney 2.0".

I know, I know. Some of you roll your eyes and say that he's just a man. Why would you stick him so high on a pedestal. I don't really look at it that way. John will make mistakes like everyone, but that doesn't take away from his tremendous record, his power, his ability to inspire loyalty and the mystique that has been generated around him. Steve Jobs is the only other person that I know has such an influence and he happens to be on the Disney Board, but he doesn't meddle too much right now. He's concerned more about his fruit company... but John, he's got those qualities we've always admired in Walt. He's got tremendous power within the Walt Disney Company. Power that's not written into any contract. It's an ability that transcends his job description.

Examples of this, Honor? Let's talk about faith.

When Bob Iger made the deal to purchase Pixar, there was a clause in the deal he and Steve Jobs signed that stated if John Lasseter or Ed Catmull passed away before the completion of the agreement, Iger had the power to nullify the entire arrangement. So, without our Uncle John the Mousetro... what would Pixar be worth to Iger? To Disney? Not much, really. Pretty powerful belief in the Moustro's skills, don't cha think?

It was this belief in Lasseter that has made him have the faith in expanding DCA and various other projects. He gives a great deal of influence to John on creative matters, while Iger has bent the ear of Jobs regarding business matters(Jobs' influence is something we'll deal with another day).

Many people have wondered how his influence would change once Pixar became an independent arm of the Walt Disney Company. Critics wondered what would happen once Pixar had its first failure. Those same critics are still wondering because that first failure has yet to appear. With "Ratatouille" doing spectacular at the box office, Lasseter's influence continues to grow. He's now able to silence some nay-sayers that were questioning his strategy for the parks... his strategy for animation hasn't been seen yet, and won't be till Bolt next November. From what I've heard, we don't have much to fear... although Bolt will be the first, the next few offerings are where it appears we may see Disney animation shine again.

The hat building, despite being a place not conforming to Lasseter's liking, has been a much happier place of late. Everyone has a lighter step as they walk around. Although he's not trying to clone Pixar, he's trying to create the same positive atmosphere... and it's working. No scooters have been seen puttering down the halls, but give it a little time. There may even be a few secret places like the Pixar's famous "Hidden Bar" built into the new complex. Everyone is starting to realize the possibilities. And I'm not talking about the new furniture they have. John Lasseter has made the entire group of animators there realize they have to raise their game. He expects better stories from them. He respects them. He challenges them. His influence over the Burbank lot has been very positive. It should be even more so in a couple years when he moves to Glendale with the rest of the animation department. Then he'll be walking from the animation department, across to the Imagineering department instead of having to drive. This way he'll be able to take a more active and engaging role with the Imagineers.

The virus of negativity that had been allowed to spread over the last decade still needs to be weeded out. Suits that are on the lot will feel they're in foreign terrain and realize that just like in Disneyland, this is another world. John Lasseter is the leader here. No policy of letting the Suits control the story will come down to the Glendale Kingdom... not in a long while. His influence is that great. The only thing that could shake it is an external problem, not an internal one. Governments. Economies. Those kinds of things.

Almost all animation that the Mouse does gets his watchful eye. He's been involved in the remaking of the "Tinkerbell" movie that DisneyToons is doing and has guided it away from the disastrous direction it was headed. The second Fairy movie has been screened for him and the third is being prepped for his critique. It's hard to argue with his success... he learned it by watching the Master, Walt Disney.

He's learned how to make a great story and he's also creating one for himself down in Burbank and Glendale. Let's hope this one ends "Happily Ever After".
Posted by Honor Hunter at 8:05 AM

A great article about John L., a great guy and proving to be a great influence.

However you are dead wrong about no one being left around after Walt passed who could inspire the DL team and fought to keep the Disney in Disney's Land.

I worked at DL in '80 - '82 and Walt's spirit was very much alive, due to this man's personal devotion to keeping DL the way Walt wanted it. This man even went so far -- when the Burbank Boys said, 'We're through expanding Disneyland' -- as to announce, 'Like hell! We're going to redo all of Fantasyland and make it the way Walt wished he'd done it originally.'

Just because this man was in 'Operations' he gets slighted all the time... but he carried the torch for the Disney name to Florida and around the world until the new wave of money men finally -- and stupidly-- squeezed him out.

If only he'd break down and write his memoirs... THAT's a book I'm dying to read.

I wasn't saying there weren't people that didn't carry on Walt's devotion or even inspiration... what I was saying was that no one has had his "influence". Or his level of influence. Steve Jobs is perhaps another example of someone with an amazing influence.

I know there are many people that work for DL that believe in the dream and strive to realize it. I don't even think Lasseter has as much influence as Walt(which I mentioned, btw), but he's the only one I believe who has come the closest.

Great article Honor! Your blog is the best. I look forward to your unique insight into the Mouse, as you call it each week.

dreemfinder, I don't think Honor was saying people don't have Walt's spirt, I think he meant nobody could have his ability to get things done. The person you are talking about got squeezed out, as you say, and I don't think this could happen to John. It would take a lot of disasters for that to happen. Steve Jobs support is a huge factor that can't be ignored. Add to that the respect Iger has for him, and he's a very powerful, influencial man. That's what Honor was talking about.

Good post Honor. I've been hoping for great things from John Lasseter since hearing a great radio interview Mitch Albom had with him right after the merger. One question though--who is Ed Catmull, that WDC values him just as highly as Lasseter? What does Catmull bring to the table?

While John is considered a creative genius, Ed could be considered the technical genius.

I highly recommend reading "To Infinity and Beyond" to understand just how much of an impact Ed has had on the CG animation industry and his ground breaking achievements.

Ed Catmull is president of Walt Disney Animation Studios and Pixar Animation Studios. He was the organizational head of Pixar, while Lasseter was the creative person there. Think of it as John = Walt, Ed = Roy...

Tsk, tsk, tsk... I see you haven't been reading this blog very long or you'd know who he is. For shame! Hehe...

You can search the blog for Ed Catmull, I put a link to an interview he did a while back. Good reading.

Andrew and I were talking about that on our long trip back from Mousefest yesterday. There is no one that has the final authority like Walt did. Iger is doing a great job of running the business, but he is still running a business. Walt was running his dreams. John L. does come closest, but he still has to answer to Iger.