We need at least two more... 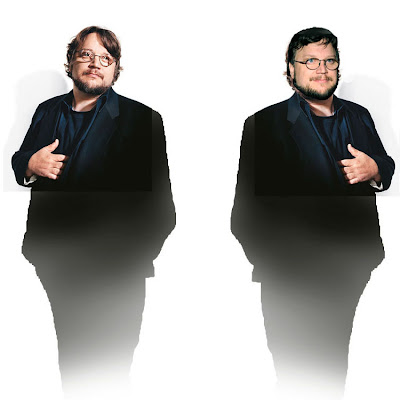 If you haven't seen it, MTV has a video interview with the busiest man in entertainment...

Guillermo del Toro spoke with the network about many of his upcoming projects, including: "The Haunted Mansion," his "Hulk" television series, his giant robot vs. giant monster film, "Pacific Rim," among many other projects, including his new foray into video games, "inSANE." But didn't include anything on his new book series, "The Strain" or "Trollhunters" over at DreamWorks Animation. I guess if they discussed everything the man is connected to then it would have turned into a mini-series.

An interesting interview as he's quite candid and open as a film maker and creator. If there is ever to be a case for cloning, del Toro is the man I'd recommend as the first candidate. Just image all the projects that we'd have coming out. My only complaint is that the interview about Mansion doesn't include the most obvious question: "Will he direct it?" I suspect he won't, but will co-write and produce it. But I'd like a definitive answers, none-the-less.

Now if he can just get "At the Mountains of Madness" made then he'll have complete domination of the world...

Man, I hope that he directs HM, it'll be so cool. I always thought it'd be a great movie in the right hands. Last time with the director and Eddie Murphy it was the wrong direction. With GDT handling it, this could be a great adventure.

A proper Haunted Mansion movie would be great.

It is a franchise that has a lot of potential.

Is he planning on staring in a film about Napoleon or is does he have heartburn in those pictures?

It was sad to see him leave The Hobbit, but he really could not sit around and wait for the legal troubles to clear out. He has a lot going on!

I'm curious as to what kind of character the Hatbox Ghost will be in the HM film. I'm hoping he'll ultimately be a good guy, but creepy. The Mansion, after all, is both humorous and scary. Hopefully the new film will be too.

Here's hoping that Senor Del Toro shows up at D23 to announce the release date of Haunted Mansion.

I'll believe these projects when I see them. Everything thing this guy has been tied to in the last few years has either been cancelled or he dropped out.