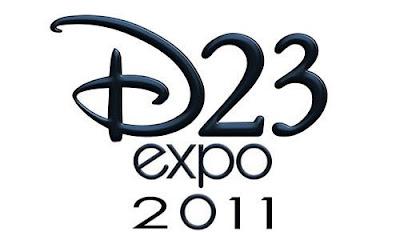 I thought I'd add a few comments from Blue Sky's perspective on the second convention put on by the Mouse. I got to attend quite a few panels today that I wanted to. I barely got into Tom Staggs speech after a very interesting conversation with a couple of Bothans. But here are some thoughts.

First off, it's evident that Disney decided to pull back somewhat from the 2009 expo. Whereas the first one was over four days, this year there is only a three day event. The rooms used for panels was lowered as well. Disney is trying to be somewhat conservative after their first expo and not over plan for some of the events. I believe they intended to tighten their belt a bit this time and see how things go with the fans. The one area where I think they made a mistake is by not renting out the entire Arena for the big events. Sure, the line going around is that they wanted to make it more intimate, but that's not the case. The first expo had events using all 6000 seats in the Arena, while this year they're only using 4000 seats. Disney expected to save some money by not renting out many of the top tier seats (hence the propaganda about "intimate."). But truthfully, all that did was leave hundreds of fans unhappy and angry that they were left waiting outside in a line that had no hope of seeing events. If they're going to do this again next time, I suggest they at least put some screens along the queue area to allow those not inside to at least view Tom's announcements.

Now, as far as what was announced? Not much new as I expected. I know that a couple of things that were on the list got cut off for a later announcement (the program was reduced from an hour and a half to just an hour). But all present got to see a lot more of the progress on the current projects. If anyone expected a lot of new info to be released, all you had to do was look at the description of the keynote to make you lower your expectations. No new projects were going to announced for Disneyland as that will upstage all the stuff surrounding DCA. You can expect that we won't hear much about the next phase for that park till after next summer.

As for Shanghai, if you were visiting the Carousel of Projects then you'd see that vague model and those rotating pictures behind it. But that's all you'll see for a while. This park is about five years away. So they are in deep blue sky right now. it'll be another two years before the plans start to finalize and closer to three before you see any tangible progress. Even the projects that we announced here could evolve. This is "Blue Sky" Disney, of course. Nothing is set in stone just yet. Plans are made, shown to execs and then they're sent back to the drawing board. Tom himself has had them go back and change plans a couple times already. Disney spent a lot of time wooing the Chinese over the last decade with many samples of artwork that showed extravagant designs of beautiful things that would be possible in this park. Now, the hard part will be actually turning that paint into something buildable for a budget. Kind of like what they have to do with this year's expo.

Then it's all about managing expectations...

"Then it's all about managing expectations..."

Been doing this for the last decade or so.

Any thought on the announcements about the return of The Tahitian Terrace and America the Beautiful? It was very vague and others I've talked to aren't sure exactly what they meant. We know the actual venue for TTT is still there, just needs updating but where would they do America the Beautiful. I say gut the top of innoventions and put it up there until they decide what to do with the show building.

Too crowded. Frustrating. Needed to queue up 2.5 + hours before presentations to get in. Think I'll pass on the next one. At least with Destination D everyone is guaranteed to see all of the presentations. 14,000 attendees with a 4,000 person venue (the arena) or much smaller rooms equals very frustrated attendees. My grade for D23 is a D minus.

I was VERY disappointed by this year's expo. The carousel of projects was more like a travel expo hard-selling attendees on shelling out tons more money for an "Disney Adventure" In fact it had NOTHING of interest except the interactive Destini character. The presentations and panels were weak and not very interesting. The dispplays were bland and looked cheap and FIVE BUCKS for a soft-serve ice cream cone.. COME ON!!! The whole event in no way justified the price of admission so I've decided to not renew by D23membership nor am I going to any more Disney special events because they are over-priced and you just don't get very much for the money.

Yup! Here they go again, cutting corners at every turn to save a few bucks, Regardless of how it may effect the fans. I keep warning people about WDC and how they are totally taking advantage of them. But I guess they'll just have to learn for themselves.

I didn't attend the first expo but this one seemed like they learned nothing from the first one. A 2.5hr line up just to barely make it into a panel?? Why not put screens up in the queue room so that overflow can still watch?

Disney loves to pull the exclusivity crap. If you're not an insider, then you're not gettin' in. I went to the parks last May on a 1-day park hopper to catch the soft-openings of the Ariel attraction and the new Star Tours before the big summer crowds and tourists created impossibly long and hot lines. I was promptly turned away by the CM's standing guard, denied entry for not being an annual passholder. All that driving, expense and effort to see the new stuff, only to get burned (or punished) for not being having an annual passholder (which is very impractical for me). Nowhere did I see ANY information noting that only passholders and star wars geeks with reservations were allowed. I believe they do this unpublished exclusivity nonsense deliberately so people won't cancel plans to go to the parks and events.