A Case For Cloning... 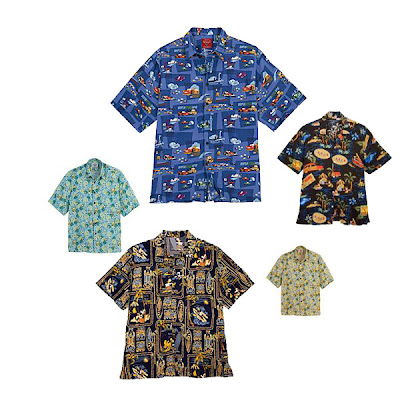 There's a lot of buzz going on about who Bob Iger will pick to replace Rich Ross...

Both reasonable and rationale. And there's even some fantasy propositions as well. The usual suspects like Stacey Snider (DreamWorks Studios) and Kevin Feign (Marvel Studios) are in there, along with slight chance that Bob will pick Sean Bailey to run the division (my pick, actually). But I've seen a couple sources that are speculating it is a chance for John Lasseter himself to take hold of the studio and make all that comes under the Disney banner under his control. While it's a nice dream, it's most likely not going to happen. John is about the busiest exec at the studio as is right now. Between his duties as head of Pixar Animation Studios, Walt Disney Animation Studios, DisneyToon Studios and the head creative consultant/executive at WDI, he's pretty much got his hands full.

And heading the Walt Disney Studio would involve a long list of things he wouldn't likely want to deal with. From soothing the egos of the many producers that make films there, to managing fights between Suits and exhibitors on release dates. Not that having Lasseter in charge wouldn't raise the quality level on most projects, but he's already burning the candle at both ends and the middle. If he could be cloned then I'd be for that as the best example of how to get more out of him.

But until that science is perfected we'll have to expect Iger to be looking in other directions...
Posted by Honor Hunter at 11:44 AM

The only other thing that I'd like to see Lasseter do to make me any happier with him than I already am, is to release a line of Lasseter designed/inspired Hawaiian shirts!

It's a no win job. No one will last long in a position like that. Get the money up front! LOL.

I think I'd want Micheal Feign to get the job. Would integrate the company a bit more. I agree, that Lasseter would be very very good, but it's spreading his talents too thinly. A classic quality vs. quantity debate - and quality should always win imo.