The Grid is good, the programs... 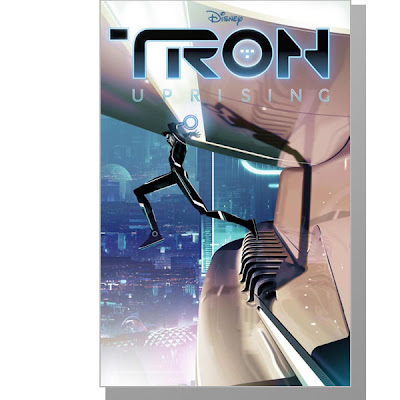 No sooner has a teaser commercial came out, the Mouse has now released something better...

Actually, a couple of things have been released. First is an actual trailer. It shows a lot more of the world we'll come to know when it debuts this summer. Second, that poster up above was released as well. Don't see many posters being released for television shows, do you? Well, it's nice to see the Grid getting so much attention. Hopefully that will bode well for T3RN.

Is it just me, or does anyone else see a face in that background?

Love the guards remonds me of Max from The Black Hole

Not just you Beck. I saw a face too before I focused. This is looking awesome. Character design is a little odd, but I'm good with anything TRON. Hope this does well so they green light T3RN.