It's hard to believe those letters of desperation are far away... 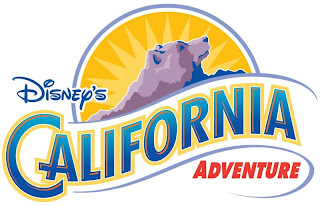 
It seems hard to believe that it's been half a decade since they announced the extreme makeover of the Disneyland Resort's Second Gate, but it has.  Not that many of the details weren't known (especially if you were a reader of Blue Sky Disney!), but the announcement was a welcome to Disney fans that had visited the park.  It wasn't up to Disney standards.

Made, designed and thought up in the waining days of Paul Pressler, the "Spare Park" as some called it, never quite lived up to the Disney name.  Bob Iger realized that the quality and branding of the park had to change, and something had to be done.  And over the last four and a half years an infusion of more than a billion dollars was funneled into turning this park into a worthy destination for everyone.  Was it a success?  Of course.  The attendance figures speak volumes about the turnaround that has taken place.  Those that come through it now will slowly have the bad taste of the cheapness of DCA 1.0 vanish from their memories.

Now, as for DCA 3.0, it'll have to wait to happen later in the decade as funding and planning move across the Esplanade and around the world...
Posted by Honor Hunter at 6:12 AM

How come you don't do Blue Sky Buzz anymore? You were the most reliable source when it came to that stuff.

I usually visit the Florida resort for my Disney park fix. It's because of DCA's rebranding that I have scheduled a visit. It's been 30 years since I've visited Disneyland! Over the years, DCA's lackluster birth and makeover has been amazing to watch (via the internet). While I'm impressed enough to book a visit, I feel DCA needs much more. In fact, I think this park could start with an attraction like One Man's Dream. In fact, it's the infusion of Walt into the park that was the icing on the cake for me. I can't wait to get a picture next to the Walt statue in the stunning Carthay Circle area. Kudos to the thousands involved in this awesome makeover and rebirth. I think Walt would be proud. But I hope DCA 3.0 starts soon.

The Carthay Circle Theatre should have been the west coast version of One Man's Dream....although I would have made it a ride through version (in Mr Toad-like cars) with a museum-like experience at the end (including the movie). A ride through (if done correctly) would have been highly repeatable and would have filled the "family-ride" slot. Maybe they could squeeze in a tribute attraction to Walt using the old Millionaire attraction building. Depending on how it was accessed, it could be part of Buena Vista Street, or Hollywoodland.

I'd want the ride through to start with an animatronic of Walt sitting at a drawing board. Everything (including the que line) is in a black and white world. Riders are positioned so they can see Walt from the rear as he's drawing early Micky. The scene suddenly stops as Mickey comes alive and jumps off of the paper via hi-res projection effects. The cars start to move again as riders follow Mickey to the next room where riders are surrounded by projection surfaces. Scene morphs into Steamboat Willy as cars gently sway. In the next projection room the cars simulate flying along with Micky from Plane Crazy. There are other classic black and white cartoons that could be used to vary each ride experience. Even special holiday touches could be woven into the ride. The final room is a sudden burst of color as the cars gently sway to the music from Sorcerers Apprentice. Ride would exit to vintage Mickey shop, museum-like themepark models, One Man's Dream film and even an early Mickey meet and greet. Something like this would appeal to every age and be perfect for part of DCA's next phase. Tear down the millionaire building and build a multilevel showcase to Walt and Mickey's career.

Why don't you talk about New Fantasyland at The Magic Kingdom? Do you keep up with the Disney Parks Blog?

I agree! A Walt attraction via a much-plussed One Man's Dream would be PERFECT for BVS! I hope it happens! Please, TDA?

DCA is the E-ticket park - none of WDW parks even come close too its line-up.
Radiator Springs Racer, Tower of Terror, CA Screamer, Soarin, Grizzly Rapids, + it has Little Mermaid, Toy Story Mania, & Monsters Inc. dark ride. That in too me is the greatest line-up of rides in any of WDW parks. I will say that Disneyland still has it beat with all the classics.

DCA should build a 300 foot high roller coaster with several high speed drops and inversions throughout each land, attraction, ride and show. Also it should go underwater in a see thru tube in paradise lagoon. Imagine flying thru the Little Mermaid ride then spinning around the Tower of Terror. The possibilities are endless. This would be so dope.