Silver Bullet To The Head... 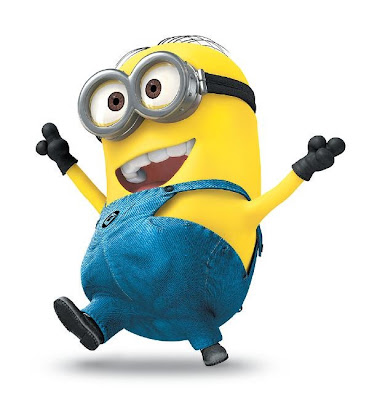 Well it looks like the Mouse's "The Lone Ranger" lives up to that name...

As in lone. There won't be another. Not with the horse whipping it got over the weekend.  For those of you that didn't notice, Walt Disney Pictures latest film had a disastrous weekend.  For the second year in a row, Disney had a major box office flop.  It appears that when it came time to write the script, no one knew how to get a take on this character.  So the result was an unevenness, tonally incoherent story that pleased no one.

Hollywood in general, and Disney specifically had no idea of what to do with a character that is a goodie-two-shoe.  A hero that does the right thing has to be looked at with suspicion instead of admiration.  Sadly, this is something that Disnet should excel at.  But for some reason they had to attempt a watered down version of "Unforgiven" on a character that was supposed to inspire the better part of people.

And inso doing they got beat by a film that is filled with optimism and laughter.  I don't blame the actors, I blame the film makers who should have known better.  Gore Verbinski's knows how to make a Western as he has done with "Rango", which was a cowboy film by default.  In this one, he and the producers along with willing writers came up with a story they wanted to tell with a hero they were ashamed of.

It is they that should be ashamed...
Posted by Honor Hunter at 3:01 PM

Wow, ok I haven't seen the Lone Ranger, but it sounds like Hollywood in general is having a hard time defining a good guy, they also have to turn Superman into a darker tone. In this dark, cynical world, why can't you have an earnest hero? They were able to do it with Captain America. And an earnest hero would be an even greater contrast to the darkness.

I did put my money towards Despicable Me 2. I think a sequel does great when the original was great, not necessarily because the sequel itself was great. No, I don't think that DM2 is as good as the first.

I think they could have improved it greatly by making one key change - they should have made Gru's love interest a sort of Natasha character - as in Boris and Natasha, she should have been an icy, socially awkward Russian spy type, IMO that would have complemented Gru's personality better than the ditzy Lucy character.

Gru's personality and environment was kind of Addam's Family-ish, and having a Natasha kind of love interest would have complemented it well. And it would have been funnier to have two awkward parents for the three girls.

It just goes to show that even the 'can't miss' combinations, in this case, Depp, Verbinski and Bruckheimer can make a flop. Actually, I was never impressed with any of Jerry Bruckheimer's films. The only thing good about Pirates of the Caribbean was Johnny Dep and maybe Orlando Bloom. But Jerry's other films? Prince of Persia? Armageddon? National Treasure? G-Force? They kind of smell like snake oil to me. It's high time for Disney to dump Bruckheimer.

I'm a bit saddened by this, just coming off of a viewing of the Ranger.

While I don't think it was a bad film, and like you said the actors were not at fault, it as a whole never came together. The film kept getting pulled in every direction.

I do hope Hammer finds great success though, I'm all for the guy.

But rango didn't turn a profit at all--and was ugly to boot. At least Lone Ranger wasn't as bad as John carter.

Too bad! The film had much promise- and I was looking forward to an expansion of Frontierland at DL.

For every 4 disasters there will be one smash hit and one moderate success. And Bob Iger is okay with that.

The movie is actually entertaining. I’ve seen it twice and both sets of people I saw it with enjoyed it. Ralph and Kevin of KROQ’s Kevin and Bean Show both liked it and questioned why it was getting slammed by the critics so bad. Is it perfect? No but it’s way more entertaining than Ironman 3 and Man of Steel. I agree with the B+ cinemascore

Anonymous #3. Rango was made for 135million + $35million for promotions. It Grossed $123millon domestics, and $122million foreign. For a grand total of $245million after tickets. Additionally, it won rave reviews by critics, best animated film awards (Oscar) and is gaining its own theme park addition in Europe. ( I haven't included home video sales or merchandise revenue)

It may not have been a runaway success financially (Toy Story) but by all accounts, it made a profit. And was a success.

It's too bad that the writers (or whoever was in charge of the plot) couldn't produce a tight story. I was among those hoping to go see a fun popcorn flick with this, but after reading the plethora of horrible reviews ended up staying home. Sad.

Is it telling that Disney was beaten by Universal with a movie franchise that is now part of it's theme parks?

I don't think so that anyone can beat Disney and there standards won't go down.

I really enjoyed the film. The action and the performances it was good, I would like to see another and who knows it could hang in there a while..rotten tomatos audiences gave it a 68% so word of mouth and home sales could turn a profit.

I enjoyed john carter and the lone ranger... I guess I have a bad taste in movies

I posted this on another website, but what the hell, it's relevant:

I was surprised how much I liked "The Lone Ranger," but what surprised me the most was how genuinely subversive and strange it was. On the surface it looks to be a generic Western/Pirates ripoff, but beneath that surface is an angry attack on the evils of Manifest Destiny, Big Business and the American military. All of which makes it's 4th of July release date even funnier.

"The Lone Ranger" is also, to my knowledge, the only summer blockbuster in recent memory dedicated to the horrors of the Native American genocide. That fact alone raises my estimation of the movie. So many summer blockbusters aren't about anything that it's nice to see a movie that actually has a point of view and something it really wants to say.

I actually want to congratulate Disney for letting such a weird movie get released but I imagine the common argument in the next few weeks will be that it's an unqualified failure. Too bad. Maybe in 20 years we'll look back kindlier on it.

While I enjoy Depp in pretty much anything he tackles, I'm burned out on the production team. Bruckheimer, Verbinsky and the writers can't seem to do anything closely related to actually telling a story without spending a lot of $$$ and using a lot of CGI and explosives.

I had low hopes for this project from the get go, which weren't bolstered when Disney shut down production to get the budget under control.

While the teasers are great, and the audience reaction seems decent, I haven't made up my mind if I want to spend 2+ hours watching it in a theater or wait until it eventually comes out on DVD.

I'm one of those frustrated folks who would actually like to go to see a movie that is worth spending money and time to see in the theater. Sadly, there doesn't seem to be much to entice me to do either.

I thought it was great. Lots of action, fun, fast moving. It was weird and quirky in parts, which was good. I'm not sure what people were expecting, but I enjoyed it and will see it again for sure.

My one suggestion for those that have not seen the film because of reviews I say Go See It.

I went into the show with an open mind and came out of an almost full theater with everyone in the crowd with a big grin of enjoyment.

The film is not perfect but it is quite a fun movie that has humor, great actions sequences and pure good old fun. So far the people that I have convinced to go see it have come back and said they enjoyed it. The film is getting a bad reputation for no reason at all and it's low numbers is being caused by critics and not people that are actually enjoying it.

My wife and I saw it and we both enjoyed it. It was not Iron Man 3 or Man of Steel, but it was a good popcorn movie with the zany antics you would anticipate from this crew. It all depends how you go into a movie - either to be entertained, or to find fault. Maybe word of mouth will keep it alive and allow it to hang on like Now You See Me.

To the Anonymous above - John Carter was a far better film than anyone gives it credit for. Grab a copy of Windows Movie Maker, edit out the silly frame story (which is no longer needed, sadly, as it's only purpose was to set the movie up for a sequel) and you've got yourself a bona fide 5-star movie.