With the arrival of John Lasseter to Walt Disney Feature Animation the expectation of his ability to reestablish it as the premiere animation company is very, very high.

Disney dweebs(don't be insulted, I'm one too) are expecting him to inject some of what has made Pixar such a powerhouse into WDFA. So I figured we would look at the current slate of the next five years of Disney Animation Studios:

2007, Meet the Robinsons - This film coming out next March was over 70 % done when John Lasseter came on board so there is little he could do on this. He supposedly liked a great deal of the film, but thought it's second act was weak and had some minor adjustments to it. This film will have only a minor "Lasseter influence" on it. Let's hope it's good. 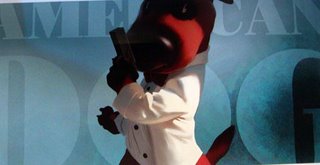 2008, American Dog - As I said in the previous article, Chris Sanders is rumored to be gone. If this is true then we can expect a different focus on this story. Most likely, a different direction as well depending on who comes aboard to direct it. This film will give us a clearer idea of what to expect from Pixar's braintrust now that they have their hands on Disney's animation. 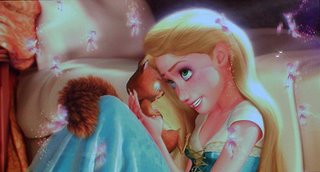 2009, Rapunzel - This film is truth be told, the one I am really looking forward to. I love Glen Keane's artwork. He's an absolute master so I'm excited he's finally directing. Plus the CG work in it looks unlike any I've ever watched. It actually looks like a fairy tale painting come to life. Word is that Lasseter saw the first act of this and said it was the best opening of a Disney story he's ever seen. THAT is saying something...

2010(?), The Frog Princess - This film is a close second to Rapunzel. The return to 2-D animation. If this film is great and makes a ton of cash we can all collectively give Eisner a giant middle finger. If it bombs, well he can probably give us one. But it does have John Musker & Ron Clemens directing it. The team that brought us "The Great Mouse Detective", "The Little Mermaid", "Aladdin" and "Hercules" are the perfect team to revive classic 2-D Disney animation. If they can't do it, who can?

20??, Joe Jump - Not much is known about this project. The only reports I have is that it concerns an old video game character that is out of place in the world. No one knows if this will make it to the screen.

20?? and beyond - Anything else that comes out will be what developes between now and the end of the decade. Those filmakers that work on the new shorts we'll see will be auditioning for a spot making the Disney features of the next decade. All in all, it's an interesting time to be a fan of WDFA. Grab a tub of popcorn and a cold soda... this could be an entertaining story we're about to watch.
Posted by Honor Hunter at 1:41 PM

It was a great film.