Disney Park with the "Most" Potential... 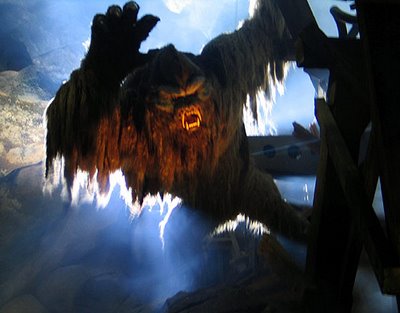 With each park getting new rides, attractions and parades you have to wonder which park could come out of left field and move higher up the slots. Right now, Magic Kingdom is the park to beat followed by Disneyland in Anaheim. Then Epcot and so on... but you have to wonder, with the themes and the right amount of funding a park could move past Epcot and challenge Disneyland or Magic Kindom.

Ok, well maybe the number 2 slot, but 1 would be more difficult.

But based on what I've seen lately, DAK.

Disney's Animal Kingdom, you say? Yup. Just think about the theming. The lush surrounding and the opening of Everest has really made the attendance numbers head way north. Now if they add some detail to Dinoland so it doesn't appear dressed as a carnival and maybe put Beastley Kingdomme where Camp Mickey Minnie is this park could shoot past Epcot. Not something people thought could happen a few years ago.

My runner up for this "Most" would be DCA. But we'll have to wait and see if that 700 million dollars gets approved and those rumors of Tony Baxter wanting to turn it into part of Downtown Disney go up in smoke. But DAK... it has the potential.

Hopefully, Joe Rohde is pressing Iger and Lasseter for BK with the numbers from EE. It could happen... really.
Posted by Honor Hunter at 10:36 PM