Who Let The Dog Out? 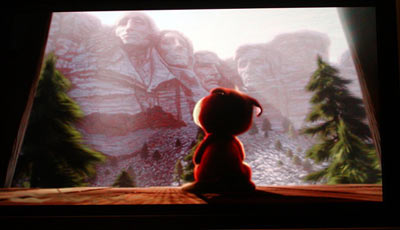 Just a rumor so far, but people in the grape vine are saying Chris Sanders (Lilo & Stich) has been let go from directing "American Dog" the big Disney animated feature set for 2008. Is this true? Don't know... Lasseter was reportedly concerned at the take Chris had on the story. Maybe he wanted to go a different direction and Sanders wouldn't budge.

If it's true then I'm truly sorry for Chris, but I have faith that Lasseter knows what he's doing (the man's 7 for 7, people!). So only time will tell if this is mistake or a miracle.

BTW, this isn't the first time Lasseter has replaced a director when things weren't working. He got Brad Bird to replace Jan Pinkava on Ratatouille, which is Pixar's upcoming feature. We'll see if that one works as well... again I have faith in Brad Bird, the man's a frickin' genius.

I think that Bolt is a great film!