Terror Around The World... 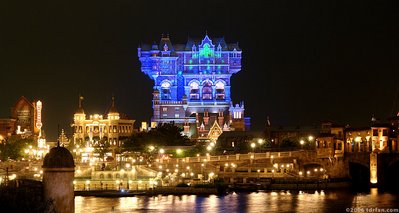 There are very few attraction that are in all the parks.

This is not counting Hong Kong Disneyland, which just celebrated it's first birthday. So we will leave this one out.

But in the other four parks, there are only a handful of rides that are in each of them. They are:

Pirates of the Caribbean.

and The Tower of Terror...

I know, some are saying "what about the Jungle Cruise?" Well JC isn't in Paris because of the weather. It is in Hong Kong though. But those four attractions are the only ones reproduced in all four of those parks. And in about five or so years, they will have been put in five parks. Pirates should join HK in 2010 and Mansion a year or so later. That will only leave the Tower of Terror to join it. This will come sometime, I'm sure in the next decade, particularly if they decide to build a Disney-Pixar Studios park as a second gate. Not saying they will... just saying it might be a second gate. No one knows what the future brings.

Anyways, I thought I'd put up some pics of each Tower from each park and compare them. 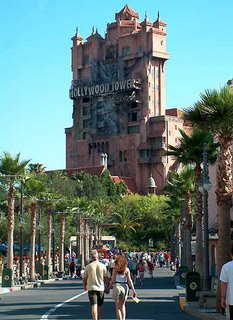 First up is the original Tower at Disney-MGM. It's a very beautiful, very detailed representation of 1930's Hollywood glory. The Imagineers build a great ride with a great deal of detail. 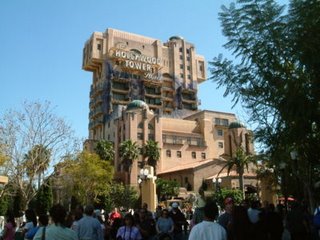 Next is the Tower in Disney's California Adventure. This one has slightly less detail and is build in a more traditional art deco style. The ride itself is quite simular to its Florida counterpart, but the lobby and loading area aren't as well themed. 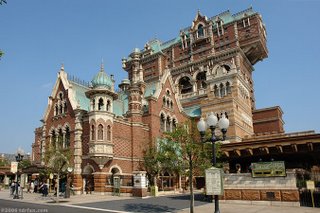 Here we have the Tower that opened in November in Tokyo DisneySea. This one isn't called the "Twilight Zone" Tower of Terror because most Japanese have no never seen the television show. It is in the American Harbor "port" of TDS and is themed much different than its American cousins. It has more of a gothic feel, and has nothing to do with Hollywood. As one would expect from the Tokyo Disney Resort it is incredibley detailed. No surprise that it is my favorite. 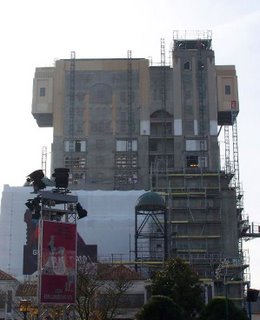 Now we have the Tower that is being built at the Disneyland Paris resort for the Walt Disney Studios. It is esentially a copy of the DCA version with very little noticable difference. The only main structural difference is that they built it out of concrete instead of steel which is what the others were constructed with.

They are all beautiful, but it is nice to have each one given it's own individual character. Hopefully, the Tower in Paris will be a little different from the other three besides the directions being in French.
Posted by Honor Hunter at 10:48 PM