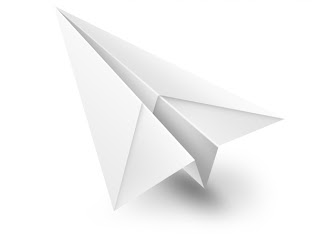 So DisneyToons Studios (or whatever it'll be called) has announced the "Planes" synopsis...

It seems that Disney is trying to animate every mechanical vehicle than has been conceived. Can "Trains" really be that far behind? Scratch that. Forget you ever heard me say that. Hmmm.

Here is the official press release for the Blu-ray/DVD that will arrive in Spring, 2013:

PLANES will introduce an entirely original and hilarious crew of daredevils from every corner of the globe and draws inspiration from the immensely popular Disney/Pixar’s CARS world.

“We had such a great time exploring the world of ‘Cars’ over the course of two films, so it seemed only natural for us to see where our imaginations would take us in a film where planes were the main characters. By expanding the Cars world, ‘Planes’ gave us a whole new set of fun-filled situations and a great opportunity to introduce some fantastic new characters,” commented John Lasseter, Chief Creative Officer, Walt Disney and Pixar Animation Studios.

“The team at DisneyToon Studios has done such an amazing job creating a heartfelt story filled with great comedy, adventure, and emotion. I know audiences are going to love taking off into the wild blue yonder with these daredevil characters, as they experience a whole new kind of animated adventure.”

PLANES takes off with an international cast of the fastest air racers around, in a comedy packed with action and adventure starring Dusty, a small town dreamer who longs to enter the most epic around-the-world air race … despite his fear of heights. With the help and support of a fleet of new and hilarious characters, Dusty wings his way into the biggest challenge of his life.

Fasten your seatbelts as more information on PLANES will be arriving shortly.

We can expect a teaser pic soon I guess. So at least now boys will have something to watch along with the girl's and their Tinker Bell series...
Posted by Honor Hunter at 3:11 PM

I love airplanes, so this sounds like a fun project to me. You mentioned animated trains...have you heard of "Chuggington"?

Yes, the British children's show, I've seen a bit of it.

Remember, Honor Hunter is all knowing...

I vote for "Boats" to be next.

We can even have Steamboat Willie! Literally.

Just so you know Honor there already is a teaser pic. It can be seen at the Pixar Blog.

"Just so you know Honor there already is a teaser pic. It can be seen at the Pixar Blog."

That's a shot of the plane from Cars 2 Darrell. Remember the one chasing Mater and Flynn? No pics have been released yet on Planes. If The Pixar Blog did have one, then it would have been asked to have taken it down because it would have been considered stolen. But we should get one soon I hear.

Interesting musings you have here Honor. ;)
Just a point of reference: there is a long history of trains and train enthusiasts at the studio going back to Mr. Disney, Ollie Johnston and Ward Kimball, Roger Broggie, and continuing into the current day with John L.

I'm really curious how this is even possible. Will it be mostly set on the ground? I can't imagine they'd be able to do an entire movie with the characters flying around in the air. It'd be like if in Tailspin they stayed in the air the whole time and went only on adventures into other clouds and maybe a mountain or two. It'd be like setting a whole movie in purgatory. Now, on the other hand, if it's '1920s/30s' planes ala Tailspin with air pirates and cargo and an adventuring to new lands atmosphere and a good ol' Tailspin feel I might be interested. Then again I wasn't interest in Cars, and that turned into a hit... so they don't really need to cater to me in the first place.