Schools out for summer... 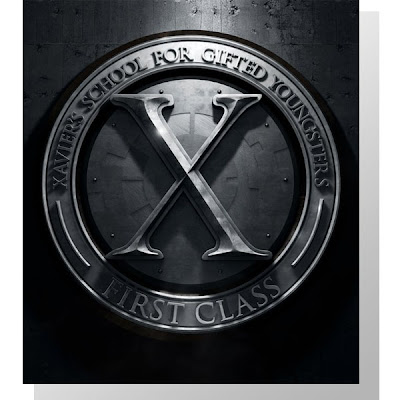 The teaser poster for "X-Men: First Class" is out...

And it's decidedly minimalistic. I know some people will find this as a negative, but I don't. It's simply meant to give you an idea of what is to come. Seeing Professor Xavier's seal from his School for Gifted Youngsters is fine for now, because it's really a logo more than a poster. The next poster should show the characters; hopefully in action and not just a static scene.

I've read a lot of negative comments about this film, but I have faith in Matthew Vaughn, he's made three very interesting films so far. And I get the sense that he understands comics and how to adapt them far better than most who have tried. A retro-60's superhero film is a dream that I thought would/could never happen. Hopefully, it will live up to the expectations.

It's been announced the trailer will debut tomorrow on facebook.

Its been out for a very long time...

I'm not really sure it's a good idea to make these X-Men prequels. X-Men Origins: Wolverine was alright, but I find the original trilogy to be a lot better and it may well just be to get some money.

No, it was released today.

There was a pic released a while ago that showed a close-up of a section of it, not one of the entire logo.