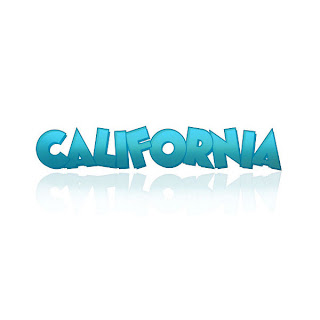 Can you believe it's been a decade since the debut of Eisner's Folly? We're in the middle of a massive construction project that I've called an Extreme Expansion since it was first rumored about a few years ago.

But what we have now is the evidence of that progress. Walls, walls and more walls. Walls all over the park and it still pulls in a great deal of guest. In fact, it pulls in about 20%-25% more guests than it did this time last year. Mostly because of World of Color, but also because over the last few years attractions like Midway Mania have helped out helping to define this park as a Disney park. Something that couldn't be said of this place when it opened back in 2001.

There will a celebration this year, but nothing on a grand scale, and certainly not as big as the one for the opening of this park back a decade ago. Although there is far more to celebrate today than back then. Families and fans coming through the turnstiles after next summer will get a much more accurate feeling that they're in a Disney park than those that entered on that first day back at the beginning of the new century. It won't be finished, to paraphrase Walt, DCA will never be finished, but it'll always be growing and improving. But those young tykes walking through Buena Vista Street to Cars Land and the slowly, evolving Victorianization of Paradise Pier to see The Little Mermaid won't realize what a different park it is they're stepping in.

That's a good thing. We don't need anymore bad memories. Let those be ground up like the bathroom tiles that adorned the former front entrance. There is a bright future ahead for this park and the entire Disneyland Resort.  This doesn't even include all the news that will hit next year about the original Disneyland, the Downtown Disney shopping district or the Disney hotels.  Finally, the Disneyland resort will be a Resort.  A decade ago, that was mainly in name only, but as of 2012 it will be.  And the future additions to the resort will only solidify that.  Again, a bright future.

One filled with praise and promise and prospect for a better tomorrow. Happy Birthday, Disney(-'s) California Adventure, I hardly knew you...
Posted by Honor Hunter at 12:00 AM

I can't wait till that new front entrance is done.

BVS will finally give this park a front door worthy of the name Disney.

Hopefully, next year we get the park we deserve and not the one they tried to push upon us.

I agree with you on all counts but that being said, I still always enjoyed DCA. It has a special place in my heart because and only because I was there to see it. Unlike Disneyland, my haven, I can tell my grandchildren that I was there for the opening of DCA. That makes me smile. Well, better get going....I'm going to DCA today!

Wow, a decade later and it still looks like it's under construction. I hope Iger and all his underlings have learned from Eisner's mistakes. If they'd have gotten this right the first time we wouldn't be having to walk through a maze of walls when going to DCA.

Let's hope Shanghai Disneyland is impressive. This will tell us if Bob realizes the Era(error) of the Late 90's.

Happy 10't birthday DCA! I followed construction almost every week and I loved the park the first time I set foot into it, and I'm sure I will love it even more if I visit next year :)

Thanks DCA for 10 years of great memories!!!

Are you sure you weren't at Six Flaggs and just got hot on the head?

While DCA will be a nice park by summer next year, ten years ago it was an appalling mess. More of a sick joke than a legitimate Disney experience.

Please, come out of your soft comfort zone and deal with the fact that the 90's management was a failure.

"Its a Great Big Beautiful Tomorrow"
Kudos to you for not saying that already. ;)

I wish the same could be said for WDW. And no, Fantasyland doesn't cut it.

"This doesn't even include all the news that will hit next year..."

Care to drop any good info about that statement? :)

Happy Birthday you relic of the Eisner Error.

Great pun to the critics calling Snow White, Disney's Folly. They turned out to be wrong.

Michael Eisner was no Walt. His folly WAS a folly. Years will be spent correcting this mistake.

My experiences at the DLR parks over the last decade have mostly been so regrettable, that I will (absolutely) reserve any premature enthusiasm until it is a proven fact that this "resort" has gotten its act together. The DCA renovation has potential, but the parks operations, guest relations and event coordinators still handle their responsibilities with incompetence and derision. Perhaps DLR managers and operations should spend some time working on their hospitality culture and methodology instead of waiting on WDC to transform the place into a bonafide "resort"