Building Back The Brand...

A bear of very little brain John is not... 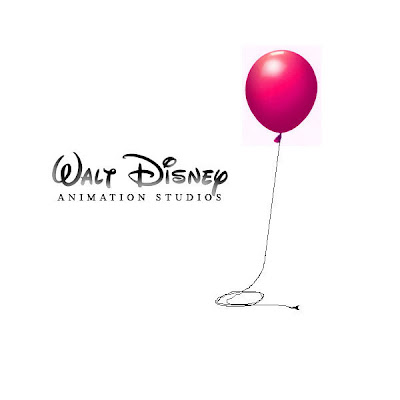 Hopefully most of you got to see the new "Winnie the Pooh" film this weekend...

While I won't go into a review, I will say that it's a perfect example of how to pay homage to a classic and still bring it up to date for modern audiences.

And it's another sign of Disney animation reclaiming its tarnished image. From the late 80's to the early part of this century, the declining quality of the animated films and the credibility of the Disney name has given the public a bad perception of what it was capable of. With the onslaught of Cheapquels and the lowering of standards at Walt Disney Feature Animation, Disney fans were so happy to see when Pixar was bought by the Mouse. When John Lasseter was put in charge of WDAS, most people rejoiced like a group of people free from a long imprisonment. Like most fans, we thought that the change would be evident immediately. But as history shows us, change is slow and sometimes difficult to notice. Perhaps, in later years we can look back at the catalog of films that started with "Bolt" and see when the change occurred. Only then will we be able to clearly define when a Third Golden Age started, and sadly enough, how long it lasted.

Slowly over the past few years John and Ed Catmull have been rebuilding the House of Mouse brick by brick. From the small beginnings of green lighting the first hand-drawn film in more than half a decade to the restarting of the shorts program, drop by drop, the foundations for a rebirth were being put in place. And even though the first features didn't quite live up to their box office projections, they were far better than what had been coming from the Hat Building for a long time. It was clear that the new regime in power was getting it's footing slower than they expected and we wanted.

Finally with last year, the release of "Tangled" showed everyone that Disney magic hadn't died and wasn't dormant. It was just lost somewhere in the halls of the old Disney Animation Building. This updated tale of Rapunzel showed that it could keep up with its younger and more contemporary sister in Emeryville. With this year, the hand drawn release of a sequel to "The Many Adventures of Winnie the Pooh," drew a groan of disappointment that WDAS had lost its ability to create original stories and had given in to the marketing department's desires to churn up yet another film featuring these classic characters. Those that have seen the film will tell you it's not so. It's a wonderfully refreshing walk back into your childhood that you can enjoy with your family or simply the kid deep down inside you. It, along with the "The Ballad of Nessie" short are an example of the quality that families can expect from future films with the iconic Steamboat Willie logo in front of it.

As we mentioned in "Untitled Road," the future of Disney Animation is picking up steam and the stories that will be coming out are going to be filled with tales and characters that have heart and purpose and entertaining. For the last few years the public has started getting used to going into a Disney animated film and actually coming out feeling that they got their money's worth. Something the Suits seemed to have forgot how to do for almost a decade before the Lamp was brought into the family. Come next year, "Wreck-It Ralph" will expand the narrative of what a Disney film is even more. But it'll do it in classic Disney storytelling. It will be another example to show the public that the one that started it all still knows how to tell great stories better than anyone else.

And it'll show why paying for Pixar was a steal...
Posted by Honor Hunter at 1:46 PM

I haven't seen the new Winnie the Pooh movie yet, but I'm dying to, it looks great in the previews! I'll probably see it this weekend. I really hope Disney keeps making more good animation, particularly some hand-drawn ones, they have a classic feel to them that can't be captured in a CGI Pixar type movie, though I do love those too. :)

Wreck-It Ralph will be good, but King of the Elves will be GREAT. Mark my words

I think the balloon is there because it was a motif in Winnie the Pooh. Perhaps it's seen as Disney Animation rising from the depths of the low point of the Nineties?

How does Bob Iger feel that Pooh made less than 9 million opening weekend?

I've been cautiously optimistic for this film. And after previewing the songs which I found to be incredibly underwhelming and a 60% score on rotten tomatoes following the UK release, I can't say I was very excited for the new film, But now with a 90% rating on rotten tomatoes and tons and tons of great word of mouth I must say my enthusiasm has grown tremendously. I think what swayed me the most was the most recent ads for the film. Especially the harry potter parody ads. Those were just so darn cute.

Can't wait to see it. Plus I've been waiting what feels like forever to see The Balled of Nessie.

"How does Bob Iger feel that Pooh made less than 9 million opening weekend?"

Considering it cost less than $30 million to make I don't think he's too worried. It'll make its money back.

The balloon is a major character in the new film. And yes, it is a charming, wonderfully inventive story with favorite characters. Great to see wonderful animation from Mark Henn, Andreas Deja, and the rest. It's a really great film boding well for the future of Disney animation!

Pooh will make its money back by the end of the summer through the box office alone. Home Video release and Merchandise will more then make up for any difference.

I think Winnie the Pooh has to be the favorite right now to win the Academy Award for Best Animated Film, ahead of Rango and Rio.

Saw the midnight premiere it was great

As much as I liked Tangled, surely The Princess and the Frog deserves a shout out for proof of their ability? Sure, Tangled had better songs and a vibrant art style, but ultimately it was very comfortable in comparison to PATF's bolder script and animation. If the snow queen blends those two films styles with ron and jons storytelling and the music of menken, and of course the combined animation of the talents in the house...I think that might just be what's needed to harald a new golden age. If anything I think we're on a road resembling a slightly better 70's, with Bolt being a 'Rescuers' on the road.

Any news about the rumored (and hopefully 2D) Mickey Mouse feature?

The Back Soon joke with Owl at the end of the Backson song is so very funny.

Did anyone notice some kind of Chinese animation studio mentioned in the end credits?! Did Disney not do all the work on this movie? That would be so disappointing for me...

Not only is it opening soft, it'll actually make LESS than Cars 2 this weekend. I know it didn't cost alot to make and I know it's really just a vehicle for marketing the consumer products line, but the perception will be negative and this will be viewed as a flop. The released it too close to Cars 2 in the middle of a crowded summer and they gave it a really limp marketing campaign.

That depends upon how much Disney is expecting for this movie.

Disney projected 10-11million for the weekend. 8 is pretty much a solid letdown for the silly ol bear.

But are any of us really surprised. With the massive movies coming out this summer and releasing it on the same weekend as Deathly Hollows 2 is just suicide. Pooh should have been a fall release and Disney just completely blew it by bumping it up to the summer.

Sometimes I think some of the folks at Disney just have it in for the Animation department. Perhaps they're trying to force failures to focus on the bread winner known as Pixar. Oh except that Cars 2 was also a let down so... Now what?

Winnie the Pooh is the best movie of the year.

Thing is, Cars 2 was a let down critically, but not financially. If anything Cars 2 is another example of backing Pixar against the animation department.

Didn't really like The Princess and the Frog, but Tangled blew me away.

Cars 2 is also a let-down financially. It will be the lowest attended Pixar movie ever, and it will be the first Pixar movie since A Bug's Life to make less than $200 million domestic (but adjusted for inflation and 3D prices A Bug's Life would blow it out of the water). Now maybe it will be huge overseas, but it looks like it's only doing so-so on that front as well. I hope it sells a lot of toys. I think that's the only reason they made both Cars 2 and Winnie the Pooh.

"Did anyone notice some kind of Chinese animation studio mentioned in the end credits?! Did Disney not do all the work on this movie? That would be so disappointing for me..."

Tom, I don't know about any "Chinese studio" involved with the Pooh movie (I didn't notice that on the end credits) , but yes, in fact a large portion of the clean-up animation on the Pooh movie was outsourced to a service studio: YOWSA! Animation in Toronto, Canada. (YOWSA! also did a lot of work on "The Princess & the Frog").

Disney management is trying to hold down costs so they outsource to places where they can get the work done cheaper. (Gee , but I wonder then why Pixar doesn't outsource parts of their movies to cheaper foreign CG animation studios ? That would be a darn good question for someone to ask John Lasseter and Ed Catmull, since they're all about preserving the "Disney legacy of quality hand-drawn animation" right ? Not just about getting work done for the cheapest price ... which also happens to have the sad side-effect of taking jobs away from veteran U.S.-based animation artists. No slam intended at the Canadian artists who work at YOWSA! Animation. They did good work under the strict deadlines that they had imposed on them for Pooh and they are just doing the job they were hired to do , just trying to earn a living ... the blame for outsourcing Disney animation to cheaper outside studios is on the shoulders of Disney management .)

Strange, Anonymous - someone in a position to know told me they projected $7 mil for opening weekend. Clearly they beat that. Personally I think opening at #6 on this type of weekend (against HP especially) is phenomenal.

Opening in 6th place with $7 million for that weekend IS phenomenal, and only proves the point of what an awful release date it was.

Gee , but I wonder then why Pixar doesn't outsource parts of their movies to cheaper foreign CG animation studios ?

Pixar movies actually make money, so they can afford to animate entirely in-house.

Part of the goal on Winnie the Pooh was to see how cheap you can make a 2D flick. Turns out pretty cheap.

I'm hopeful that handdrawn animation will still continue at Disney.