Bring me some grid... 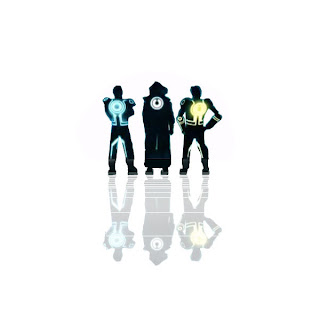 The new trailer for "Tron Uprising" is out...

And it looks quite detailed and visually intriguing to me. Let's cross our fingers that this turns out to be good. At least we know that Jeff Bridges won't look fake in it. It'll be interesting seeing how this does. Disney XD is becoming quite the Boys Network with all the Marvel properties and this. Wouldn't it be nice if they had a "Captain America" series and a new "Fantastic Four" series?

With the new Tron series you wonder if they'll try to animate another franchise like "Pirates" or "John Carter" even? Maybe since Paul Dini is already working for them on two series, they can get George Lucas to let him make that "Indiana Jones" series that he's been wanting to make? I can dream at least.

Until then, we have an uprising to look forward to...
Posted by Honor Hunter at 10:09 PM

That was amazing looking. Looking to getting DisneyXD next year.

Sadly, someone has taken the video private and we can't see it anymore.

Yeah, the link is down. Who would make this private? Comic Con? Disney?

looks official in that it has the facebook logos on them, but darned if I know.

That's the original teaser that's on the Blu-Ray.

The new one shows a lot more of the Tron world.

I don't know why it was removed.

It still confuses me why Disney haven't made a Pirates animated series already.

It literally confuses me.

Disney XD will never live up to its potential as long as they keep shoving the mass-produced laugh track-"enhanced" comedies Disney Channel is known for down our throats. The idea of gender-specific networks is dumb enough as it is, but taking the worst part of the Disney Channel and forcing it onto Disney XD will certainly never help the network. I wish that people thought kids could comprehend genuine comedy, horror, drama, and the like nowadays, like my generation could.

I'm still gonna complain, Disney XD needs to be part of the standard cable landscape if it ever wants to be a legitimate network. But I gotta say, their lineup of programs look great!

*phoeey* with gender-specific programming. The all-ages, both-genders, cross-generational success of that Hub show My Little Pony:Friendship is Magic blows that notion right out of the water. PLUS it's more like Disney than anything on any of the actual Disney channels - i.e. it's magical, funny, intriguing, has lovable characters and inventive storytelling. And unlike TRON it's not boring. Walt never aimed his movies at demographics, he aimed them at audiences. But then there's not a trace of Walt at Disney anymore *sob*