Come on, believe me. It was a monster... 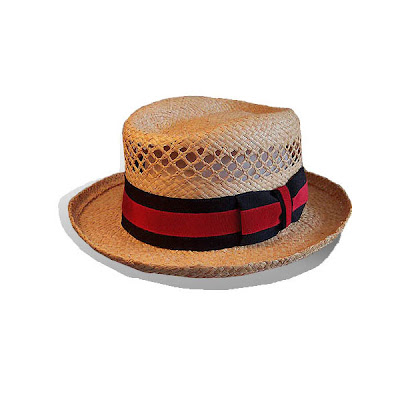 Now it'll be interesting seeing how this develops...

When I was a wee, little lad, I would sit around the television and watch this show that came on every Friday. It scared the living daylights out of me and I loved every minute of it. "Kolchak: The Night Stalker" was one of those shows that made a deep impression on me as a child. I didn't understand why it ended as a boy I knew nothing of what ratings or seasons were. I was deeply disappointed when it stopped playing new episodes and even more sad when the program disappeared all together.

Later, while going to college at USC, my friends and I were hooked fans of "The X-Files" series. I couldn't help but notice a lot of similarities between this and The Night Stalker. So it was no surprise that I found out that Chris Carter, the creator of the series, was a huge fan of the Darren McGavin series. So much so, that he actually put him in the show as a guest.

A few years ago, they tried to make an updated version of The Night Stalker show featuring Stuart Townsend as the character, but it was tonally wrong. They took everything that was great about the show and through it out, replacing it with a edgy and sexy motif. They just didn't get it.

Now, it appears that Johnny Depp was as big a fan of 70's shows as I was and now he wants to remake the show as a film. The most interesting thing is that they seem to want this to be a Disney film. As in, under the Walt Disney Pictures banner. I hope that they keep it set in the early Seventies, that would be great tonally. And there has to be some of that schlocky atmospheric humor. This shouldn't be set up to be some hard edge film. Johnny Depp could turn in an interesting portrayal as a two-bit reporter, down on his luck that happens to stumble into cases that are way over his head.

I just pray the Suits get it...

It's interesting how the studio is planning to expand the Disney brand; they also have that Ice Cube movie in the development as well... makes me wonder what other projects they plan to warm up..

I was so disappointed the by the recent TV reboot. I would welcome a new attempt as a movie (which if successful might THEN become a TV series.)

Easily one of my favorite 70's shows. I watch the DVDs regularly. I was surprised that there was only one season, especially since the two made-for-TV movies that preceded the series had monster ratings (pun intended).

The recent TV reboot wasn't Kolchak: The Night Stalker. It was something else completely. The only similarity was the name. Same thing with the current Hawaii 5-0.

Kolchak was Darren McGavin. It's really hard to take a character that is so entwined with the actor that plays him and capture the same thing with some other actor playing the same role. Sometimes it works. Most of the time, it doesn't. That's why the newer Night Stalker was a failure, and the current Hawaii 5-0 just isn't the same thing at all.

If anyone can pull it off, it might be Johnny Depp. But he's going to have to find what made McGavin's performance so special and build on that.

The suits won't get it. Depp probably gets it and may have the clout at dysfunctional disney to keep the suits out of the creative decisions on the project.

After all, they just promoted Meg Crofton (the most reviled WDW suit in its history) to run all the parks in America and Paris. They clearly will never get it; especially the quircky qualities of a show like the Night Stalker with camp juxtaposed to horror.