Hopefully, some other ideas are dug up as well... 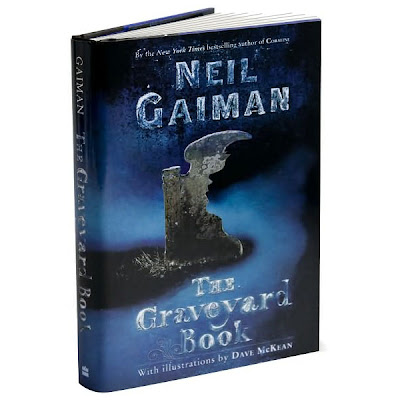 Now this is a perfect project for the Mouse to adapt...

Walt Disney Pictures has optioned the film rights to Neil Gaiman's "The Graveyard Book" for director Henry Selick. Released in 2008, the Newbery Award-winning novel is very much like Rudyard Kipling's "The Jungle Book." While that story follows a human raised in the wild by a group of animals, Gaiman's book follows a boy raised by ghosts in a graveyard after his family were murdered. It's a wonderfully charming, albeit slightly dark tale.

There is no indication that it will be live-action, and since it's Selick, it's likely going to be stop-motion, but this kind of story would be the kind of property that could be slotted into the live-action division of Walt Disney Pictures. The live-action division hasn't been too robust, and even the hits that it has had were modest (with the Pirates franchise being the one exception). The project will be the next one the director does after finishing up his current film which will also be distributed by Disney (and consulted on by the Pixar Brain Trust).

Selick's personality and talent are perfect for this project. Only Guillermo del Toro could handle this story with the care needed to bring it to the screen.

Now, if only Disney would get the rights to "The Thief of Always" for a live-action film...
Posted by Honor Hunter at 1:53 PM

At least: a "collaboration" between Gaiman and Disney.
Very good.

Selick was recently quoted as working with Disney on a "middle dark" stop motion feature. I didn't know what the story was until just now. It sounds very promising.

Definitely agree with Thief of Always but I'd also like to see the little known Gingerbread Kingdom become a Disney feature. If ever there was a story tailor-made for Disney, this is it!

The Graveyard Book is a wonderful story that I can see both Disney & Selick pulling off with massive success. I definitely agree with you on having The Thief of Always turned into a live action film. I'd also like to see the little-known Gingerbread Kingdom books turned into Disney animated features. If ever there were books tailor-made for Disney, these are the ones!