The Bane Of Hour Existence...

So this is going to be realistic... 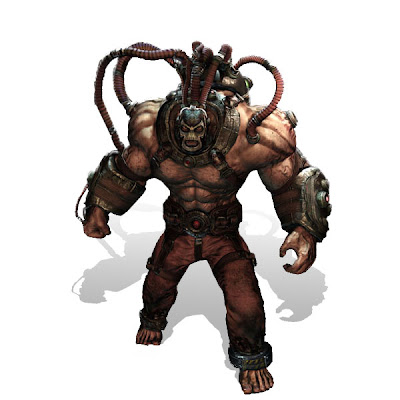 Whoa, now this is surprising news...

Christopher Nolan and Warner Bros. have made it official just an hour or so ago who will be starring as the villains in "The Dark Night Rises" as well as who those villains actually are. Not exactly what I'd expect, but in Nolan I trust.

BURBANK, CA, January 19, 2011 – Warner Bros. Pictures announced today that Anne Hathaway has been cast as Selina Kyle in Christopher Nolan’s “The Dark Knight Rises.” She will be starring alongside Christian Bale, who returns in the title role of Bruce Wayne/Batman.

Christopher Nolan stated, “I am thrilled to have the opportunity to work with Anne Hathaway, who will be a fantastic addition to our ensemble as we complete our story.”

In addition, Tom Hardy has been set to play Bane. Nolan said, “I am delighted to be working with Tom again and excited to watch him bring to life our new interpretation of one of Batman’s most formidable enemies.”

Nolan will direct the film from a screenplay he wrote with Jonathan Nolan, from a story by Christopher Nolan and David S. Goyer. Nolan will also produce the film with his longtime producing partner, Emma Thomas, and Charles Roven.

“The Dark Knight Rises” is slated for release on July 20, 2012. The film will be distributed worldwide by Warner Bros. Pictures, a Warner Bros. Entertainment Company.

He hasn't steered me wrong yet, so I'm not going to be doubting him now...
Posted by Honor Hunter at 10:25 AM

Huh, not quite what anyone expected... but like you, Honor, Nolan has never steered me wrong. I won't be doubting him... probably EVER. I remember you said before he was the live-action version of Pixar. Well said.

I wouldn't worry, it's all about writing and direction, they are good actors, this will be a good film.

Hasn't steered you wrong? Sure he has. He screwed up Two-Face almost as much as Schumacher. Don't even get me started on the ridiculous ferry scene from TDK. Nolan isn't perfect. He is a terrible director of women. That alone makes me worried about his interpretation of Selina Kyle. As far as I'm concerned, they can't improve on Michelle Pfeiffer. Arkham City sounds like it will have the better plot.

Two-Face was awesome in Dark Knight, you simply have horrible taste. Arkham City does sound cool, but it's not set in a realistic world the way Nolan's Batman is, so comparing them is apples and oranges.

It's over. Rises will be Nolan's Skull. Anne Hathaway is the WORST choice. I would have picked Marion Cotillard but she's pregnant. Next I would have picked Olivia Wilde. After that maybe Charlize Theron. Anyone but Hathaway. Nolan sold out. Hathaway will perform a musical number and music video for it.

He did NOT screw up Two-Face, and I, like the commenter who said so, think that you have horrible taste. The Dark Knight is the best movie I have ever seen and although I can't say The Dark Knight Rises will be better until I see a trailer (and even then that's too soon), I'm certain I won't be let down.

Yeah, and Heath Ledger is going to such as the Joker, ain't he?

Hilarious. This is exactly what these fanboys said when Ledger was named as the Joker. Hathaway had to test as Catwoman with Bale. I'm sure they must have had some chemistry. Nolan's a genius, we'll see.

Hathaway is the Disney queen. Just another pretentious studio manufactured star. There are so many better choices and so many better looking actresses I'd rather see wearing a catsuit. There's no way TDKR can live up to TDK. I'd rather see Talia Al-Ghul come back to avenge her father anyway. Pass.

I'd rather watch Halle Berry in leather.

What a surprise, Honor not criticizing his heroes. Nolan doesn't know how to direct women or choose the right actresses for his films. He's made some really awful choices and he doesn't give them good parts.

Anne Hathaway should be okay but it's not as easy a part as it looks, you have to be sexy, dark, and dangerous. I don't think she'll blow anyone away.