We're off to see the pirate... 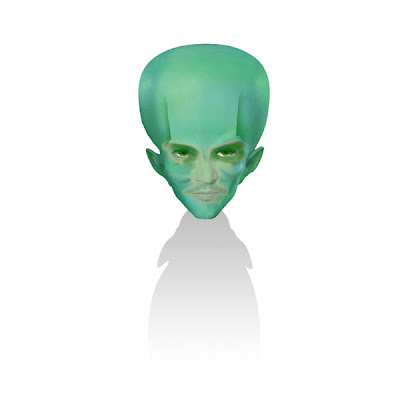 So Robert Downey Jr. has dropped out of "Oz, The Great and Powerful" for unknown reasons...

And the rumor is the Mouse is now considering hiring one of its own Cast Members for the part. That's right, the Hollywood Reporter's Heat Vision blog is uhm, reporting that Disney Suits want Johnny Depp to take over the part of the charlatan snake oil salesman that becomes a wizard. Having read the script, I can tell you that Downey was perfect. Although I can see Depp shape shifting to fill the role. Still, RDjr. was an inspired choice who seems to have his pick of projects today. But the Drugged Journalist/Candy Maker/Pirate/Indian/Stop-Motion actor isn't exactly waiting for things to do.

No word as to how the busy actor will fit it into his already cramped schedule. He's due to start filming the "Dark Shadows"adaptation shortly and then goes to "The Lone Ranger" after that. Something would seem to have to give if this were to happen. One of these films would likely have to be bumped. Disney seems to want to put this on the front burner, but Lone Ranger has been sitting for a couple years. Which one will Disney push aside/delay? Too bad they couldn't clone him and then he could star in all Disney's films.

Imagine what "The Black Hole" and a new "The Computer Wore Tennis Shoes" with Depp in the Cesar Romero role! Now that's casting.

Hey, I'm joking but he's pulling a lot of overtime in Disney's land...
Posted by Honor Hunter at 4:56 AM

Is that Depp as Oz? He looks creepy.

This is an actor in serious danger of being overexposed.

Downey's got a rather iron clad prior committment for a few other Disney flicks right now... 2 films in a row that they hope will bring in as much money as owned by his billionaire industrialist character.

Another thing in Depp's schedule is the fact that Disney is planning to shoot POTC 5 and 6 back-to-back. They had already warned the actors to keep their schedules open for this.

Meh, either one is no me.

"This is an actor in serious danger of being overexposed."

Everything Johnny & Disney touch together turns to magic and loads of $$$. Did anyone forget that Mad Hatter Johnny brought the Mouse House over a billion dollars last year for Wonderland. Did anyone predict that movie would beat Dark Night let alone be in the top five grossing movies of all time - only to be beat by Pirates Dead Man's Chest? If I was Disney I would try to get Johnny to be in as many movies as possible.

As I understand it, the script is hardly a homage to the original Oz. The Wizard is a womanizer whose philandering ticks off the Wicked Witches, who are...um...not exactly reminiscent of Margaret Hamilton or Billie Burke.

For those reasons, I doubt I'd see this movie no matter WHO plays the lead.