If adventure has a name, it must be Nathan Drake... 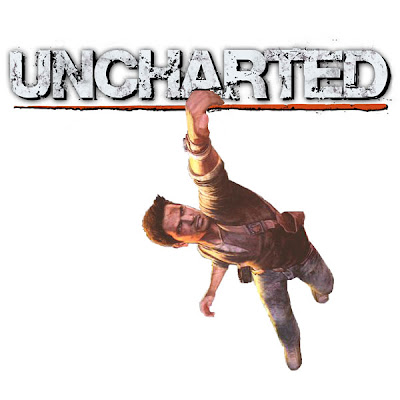 You've seen a lot of talk about a fifth Indiana Jones film...

Some of my friends feel that Lucas and Spielberg already did kill off Indy with "Indiana Jones and the Kingdom of the Crystal Skull." The idea of handing it off to Shia Labeouf is not only laughable, but ridiculous. He's not Indiana Jones' son. There's no way that that character came from or can match the Man with the Hat. But it got me wondering. Who really is the son of Professor Henry Jones, Jr. really?

To me, that's an easy question with many answers, but the most obvious is fairly straight forward.

Some will argue that Benjamin Franklin Gates is a good choice. But if there is any character that feels like he's a direct decedent of Indy, it's the rouge and charismatic lead from the fabulous "Uncharted" series by Naughty Dog. Another reason I have a PS3 instead of an XBox 360 is the exclusivity of this game series. Yeah, Drake is the real successor to the Indiana Jones franchise at least in terms of games. LucasArts needs to fire their entire staff for taking such properties as "Star Wars" and "Indiana Jones" and making horrible games with great characters. How is that possible? Who knows, in the near future we may have a film franchise of this series if they're ever able to nail down a story worthy of a film. Looking back at the source material should provide a wealth of ideas.

As to whether Mark Walberg or Nathan Fillion or whoever gets the roll, that'll depend on a number of factors. I know there's a big campaign by fans to get Fillion the part, but Hollywood doesn't just deal with physical looks, but box office looks as well. They're going to look at what actor can come closer to guaranteeing a return on a $200 million dollar investment, which is what a legitimate cost for something like this would be. Fillion really doesn't have that status, but it doesn't mean that he couldn't be good as the character. I have no dog in the fight, just wanting a good script for the film. Something the last Indy didn't have. So we wait for this film to arrive as we fear another feeble attempt an bringing back my favorite adventurer.

Perhaps it's just time to hang up the hat. At least live-action wise. Go ahead with that animated series Paul Dini dreams of doing. That way Indiana Jones will never get old, never have a Mutt and never be subjected to humiliation on the silver screen every again. That way the adventures can happen weekly like the serials from which "Raiders of the Lost Ark" was born. 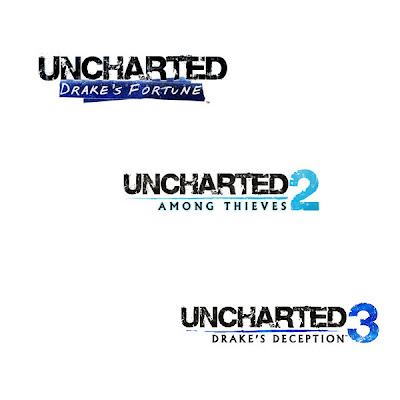 You're right. Indy died with Kingdumb of the Crystal Skull. There's nothing else Lucas can do to kill the franchise at this point even bringing back a youngified Harrison with CGI. In no way should Shia deserve to inherit the mantle. I'll take Nathan Drake over Doctor Jones any day.

I can't wait to play Uncharted 3, it looks absolutely amazing. There is no game I enjoyed better than Uncharted 2, which was a masterpiece. And that says a lot because the original was a revolutionary game as well. I can't imagine that they'd be able to top the second, but I sure hope they do. I don't know about a film though. Hollywood seems to always screw up video game adaptations and so far the translations are all major disappointments.

As for an animated series? If Dini is doing it I think it could be great. Hopefully they'll do it styled like the Max Fleischer cartoons on which the BTAS was based on. Either that or those paintings that Patrick Schoenmaker did starting with "Escaping the Tomb." I'd prefer hand-drawn but CG would be fine if done right. I don't think anyone wants a photo realistic Harrison Ford, after all, this is animation. If you want realism then film it in live-action. That said, I hope Lucas is smart enough to give Paul Dini this gift.

Lucas is becoming more and more of a hack. I think Indy drank from something, what was it again? Oh, yeah, it was called the HOLY GRAIL, cup of ETERNAL LIFE, the key point in that sentence being the ETERNAL LIFE. Good lord, Lucas is the worst filmmaker of our generation because of 1-3 of Star Wars and the travesty that was Crystal Skull. You know what they could do, I know a lot of people would freak out a this, is to get a new actor to play Indiana Jones, not have his son. Just get a new actor, why not? They did it for James Bond. I think that would make everyone happier, more or less.
Shia is a horrific actor, he can't act or do anything except babble, stammer and scream like a wussy in every single film he's in. That's not good acting, good actors try something different for every film. ANd another thing, why is Henry Jones Sr. dead, I think he also drank from the cup of ETERNAL LIFE.

As for Uncharted, I love Uncharted. It's the best modern Indiana Jones we have. The stories and characters are great, one of the best games I've played as well. I would honestly prefer nathan Fillion, he looks and acts the part more, though I have nothing against Walhberg, but he 's not right for it. Fillion has had more practice at that kind of role, plus I like him a lot better. Certainly can't wait for Uncharted 3, just saw the trailer for it the other day.

I agree about LucasArts, they just shove out horrific games with no plot or purpose but to continue the travesty of the series, I'm also now afraid for the new Star Tours because it's based off 1-3. God help us. I can't agree with that animated series, look how awful Clone Wars is, it's just going to be more tripe in the vein of Crystal Skull, who knows, maybe Lucas will have more CGI monkeys, ants, and other things that killed off Indiana Jones.

One more thing, Harrison Ford himself said that he would never hand off the saga to Shia, now all of a sudden he wants to? Good god, Harrison, be smarter than that.

Thank you Honor for recognizing this game, it doesn't get enough attention. The second game in the series was better than many action movies I have seen recently. As far as I'm concerned, they could lift the second game by scene and make it into a movie.

The Holy Grail only worked as long as you stayed within the boundaries of the shrine that the Knight was in. It was the rpice to pay for eternal life.

Indy should have stopped with the Last Crusade. I'm not sure how you can carry on the series after Kingdom of the Aliens.

Indy 5, Roy Neary comes back to Earth and takes Dr. Jones in his spaceship to E.T.'s planet and Indy phones home.

Oh my....looks like I'm the only one that liked Shia in the role!