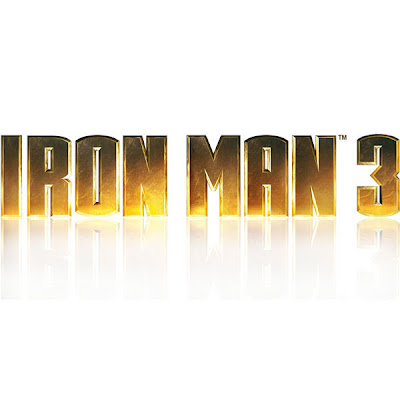 Now this is the kind of rumor that makes a fanboy feel like he's died and gone to Comic-Con...

The Hollywood Reporter is saying that among the short list of directors to take the place of Jon Favreau is Shane Black. Not only to direct the film, but possibly write it as well. The writer-director is said to be meeting with Marvel and is on the short list of people that are being considered for the job. PLEASE, please, please let this happen, Black is one of a few people that would be perfect for this deal. His ability to write smart, funny scripts filled with action would make him an ideal choice to helm the third adventure of Shellhead. It would also reunite Black with Robert Downey Jr., with whom he worked on the wonderfully fun, "Kiss Kiss, Bang Bang." That film was one of the early works that got Downey back on track after his rehab and let the actor shine in his performance. If Marvel Suits like Kevin Feige are smart, they will lock this deal asap because it's simply too good to be actually be true.

Almost as if it were a tale straight out of a comic book...
Posted by Honor Hunter at 8:48 PM

Took me a while to puzzle out the story is about Iron Man. Might want to add that somewhere in the first paragraph ;)

Why is a Disney site reporting on Marvel Comics news?

Can I be the first to say... Disney owns Marvel... oh boy

Marvel is not Disney. Disney is a collection of cutesy, cartoonish characters that appeal to children and the young at heart.

Comic book super-heroes are adolescent fantasy characters that appeal to pubescent boys longing to be men and 30 year old men living in the basement that never quite got there.

The two do not belong together.

Unfortunately, while I don't care for either Marvel or Pixar, they are owned by Disney and so Honor clutters up his blog with them (and throws in Lucasfilm because of the ride connection). Every now and then he actually posts an article about the Disney brand itself, and they're decent.

This would be so RAD.

If Black wrote it, this would be THE Iron Man movie. It'd kick major assage.

wow.. people need to realize this is one persons blog. Honor Hunter, and he can talk about whatever the f%$k he wants. He also talks about DC news and other stuff random things that interest him.

This isn't anyone else's blog other then his own, and if he wants to talk about something other then Disney, then he can. Get over it. If you want a specific blog with only specific Disney content, then maybe you should create your own.

Okay now back to the topic. This is interesting news and would definitely keep the Iron Man films fresh.

Clearly, by the title of this article, I can now confirm that Honor Hunter is indeed, a racist.

Thanks for your opinion. Now, we all that not everyone likes something. After all, I remember that critic that hated the Dark Knight. You can't please everyone, but I can say that you are in the minority when it comes to this film.

I don't care what you people say, Marvel is NOT Disney and Disney is NOT Marvel.

Just because they bought it doesn't mean that it is genuinely something from the Disney Company. Just because Marvel is owned by the Corporate Raider$ now doesn't mean it's something that the House that Stan and Jack built would approve of.

I expect the reason we got such a crappy Iron Man 2 was because of Disney's interference making it more cutesy.

I expect by the time we get Iron Man 3, Tony Stark will be sporting a pair of Mouse Ears and taking Pepper to Disneyland. I hope this falls apart and they have to sell them or better yet, spin them off so that they are on their own again.

I find it disturbing that Hunter had to use the term "Black" here in a derogatory manner.

While I don't feel that he's racist, I feel that he is being insulting and unfeeling to African-Americans who have strived for equality in this nation. To use terms like this brings us back to the days when they were portrayed as dumb and stupid with big lips and a protruding animal brow. This is the kind of stuff that the propagandist at Fox News deliver. I would expect better from the blogging community. Especially someone that has a blog dealing with family subject matter. Then again, perhaps Hunter is just falling in line with the man he worships by being degrading toward Jews and people of color.

Please, Disney had absolutely nothing to do with Iron Man 2. The movie was already deep in production when Disney bought Marvel. I personally enjoyed IM2, but to the extent that it was over-stuffed with references to future movies, that can be completely blamed on Marvel's management.

"Clearly, by the title of this article, I can now confirm that Honor Hunter is indeed, a racist."

Clearly, by the title of this article, Shane Black has opportunities!