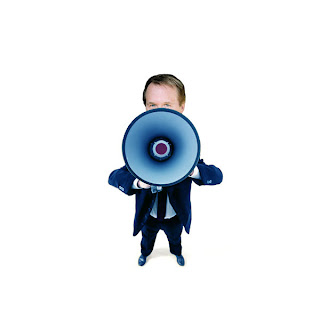 It goes without saying that I think Brad Bird is a genius...

So when I say I'm looking forward to "Mission: Impossible - Ghost Protocal" it's because of Bird, not Tom Cruise. I really have to give Cruise the credit and courage to go with Brad though. There is still a sad stigma about someone being good at animation and not being good at live-action. But the superstar gets it. And so does the film's producer, J.J. Abrams.

In an interview with MTV, he was practically gushing about Bird and what he's seen so far of the film. Now, he came up with the idea, hired the writers and is producing it so there is every reason he would want to promote this. But if you remember that screening of new trailers that was held at an event in Europe earlier this year, the trailer for this film was the one that made everyone take note. Hopefully, we'll get a teaser soon or perhaps a full trailer up on "Super 8."

Bird has never given me anything that I haven't loved, from the skewed humor of "The Simpsons," to the soft charm of "Ratatouille," the sheer wonder of "The Incredibles" or the pure brilliance of "The Iron Giant." I have every faith that this film will be the best in the series and help Cruise regain a bit of that glow he lost when he got up on Oprah's couch. And with Abrams guiding the way it can only add up to even more cinema goodness. Maybe when the Suits over at Warner see the box office receipts from this they'll finally be convinced to back his vision of "1906" as his next project.

Or if not, maybe the one sequel that everyone wants will finally come to fruition: "The Incredibles 2". But for that to happen, Lasseter will have to wait till the director comes knocking on his door with an idea he deems worthy of a part deux. Either way, I expect there will nothing less that amazing when it comes from Brad Bird.

He may be given everyone a surprise holiday present on December 16, 2011...

The word coming in from filming in Vancouver is that he has been a bit of a mess, basically trying to do things you can do in animation but are impossible in real life filming. Then he got sick and delayed production. Sounds like it wasn't going so well. But maybe everything on film is looking good. Hopefully.

Sounds like he did hit a few bumps as a first timer but it's looking like it will be a great film nonetheless.

I'd watch ice melt if Brad Bird directed it.

If Lasseter really wants to bring back hand-drawn animation in a big way he'll get Brad Bird to direct the first hand-drawn animated feature done at Pixar (or if that's logistically impossible make it with the crew at Disney Animation in Burbank, but give Brad total creative control) That would show people what hand-drawn is still capable of ...