Disney Shows That Aren't (Part One)...

Give me the controller... 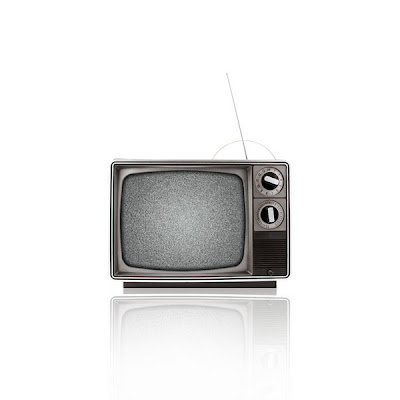 Now, I realize that they're not all aimed at my demographic of course, but one of the main staples of a Disney film is it's supposed to appeal to everyone. That's one of my problems with entertainment in several of the parks right now. It's aimed at the tween factor or even younger and not meant to entertain all. That's one of the reasons that Pixar does so well. It hits this demographic square in the center of the bulls-eye.

So I thought I'd take the opportunity to pretend that I had been programming the television series of the Mouse. And by this I don't mean ABC, which appeals to different groups, but the "family" entertainment that is supposed to be on its other channels. Disney Channel, which is now sadly aimed at tween girls and Disney XD, which has been now designed as a counter to the female driven viewers of the original channel. If it were up to me, there wouldn't have been one or the other. It would have been a Disney channel with Disney series for everyone. Perhaps it would be like HBO, where they have an HBO 2 and HBO 3 and so on.

Now, pretending I had been the Suit in charge of a mythical channel over the past few decades, here are a sampling of what I would have put on the schedule. Now, some of these series derive from my own taste while others reflect programs that I may not like, but feel would appeal to the demographic that the company should/could aim for. And here they are:

"Everybody Hates Chris" - this series focusing on a fictionalized account of Chris Rock's childhood. It's sweet, charming, actually funny and has family values all throughout.

"Freaks and Geeks" - A wonderful series created by Paul Feig and some unknown guy named Judd Apatow about teens going through their day to day lives. It's sweet and real, respecting teens and the world they inhabit.

"Goosebumps" - Something that feels like a child's version of the Twilight Zone. An anthology series that lets kids (and parents) experience fears and thrills inside the comfort of their living room.

"Sliders" - A fun, sci-fi show created by Robert K. Weiss and Tracy Tormé that follows a group of travelers that use a wormhole to "slide" into alternate universes. Fun and adventurous journeys abound for all involved.

"Young Indiana Jones" - I know this one was on ABC, so it technically was a Disney series, but I put it here based on what the show could have been rather than what it turned out to be. It had a lot of potential, but wound up seeming more like it was trying to be a history lesson than an entertaining story. That said, I'd like to have seen what could have come from it.

"Eerie, Indiana" - What would you do if you lived in the strangest place on earth? This early 90's series created by José Rivera and Karl Schaefer, and creative consultant Joe Dante followed Marshall Teller and his family as they adapt to their new and weird surrounding. Kind of like an "X-Files" show for adolescents, this series disappeared before it had an opportunity to grow a big enough follow, other than Elvis conspiricists.

"Amazing Stories" - The 80's anthology series from Steven Spielberg was filled with all kinds of tales, from scary to funny to animated. And truthfully, anything from Spielberg in the 80's could be considered Disney in my opinion.

"Doogie Howser" - A story of the live and travels of a teen genius who is a doctor created by Steven Bochco. A child prodigy who becomes a doctor at 14 and deals with the world from his perspective. The show dealt with very mature subject matter, but from a teen's unique insight into the problems of our world.

"The Adventures of Brisco County Jr." - A show featuring Bruce Campbell cannot go wrong. So how did it get canceled after opening up for the "X-Files" after its first season? The world is a strange place. Created by Jeffrey Boam and Carlton Cuse following the wild west travels of bounty hunter Brisco County Jr., the show feels like a continuation of the original "Wild, Wild West" television show (not the horrible Will Smith film). It was a fun show with a great deal of humor and action amid a lot of horses and gun play.

"The Clone Wars" - It's sad that Disney didn't try harder for this show. I know that they were interested in it and the fact that most kids think of Star Wars as part of Disney when they enter the parks would have made a great addition to Mouse tv. I know that Disney XD is becoming the Marvel Channel, but having this show and others like it would have made the channel a force to be reckoned with years ago. While I was initially skeptical about the show, it has turned into a series that has high quality animation and stories that range from good to compelling.

Now, we return you to the world of reality...
Posted by Honor Hunter at 10:54 AM

Oh my god!! I loved and hated Eerie Indiana so much when I was a kid!
Thanks for that memory!

Oh and btw this is a cool idea.

The world is a cruel, cruel place to have canceled my show.

Someone in Burbank should put you in charge of production for Disney Channel Honor.

It's funny. Most of those shows failed.

"Young Indiana Jones" was on the air a very long time before ABC ever came into the Disney fold.

There was a collective sigh of relief in my house when Suite Life on Deck finally ended 6 years later. I wish Disney would make some tweener shows that don't always have to have an incredibly stupid character or two, I mean really are there really teens out there as stupid as Woody and London? Shows that don't always have the rich snobs who make fun of everyone and the same story lines in 4 different shows.
Looking at what is coming in replacement of Hannah Montanna and Suite Life, it seems my hopes will NOT be fulfilled. Sad really.

Dr. Quinn, Medicine Woman was a good family show that had (still has) a strong following and would be a good Disney fit. I spent a lot of time on the set when the show was in production and was often reminded of watching The Wonderful World of Disney when I was growing up in the 1960's and 1970's. Speaking of that, the bitterest disappointment for me of Disney programming is them taking away the Vault Disney programming block. The thing that I want most from Disney, as an aging baby boomer now over 50, is to be able to watch all of the old tv shows and specials and old movies that I grew up with. But, for Disney, it seems like my age group doesn't even exist and they could care less about what fans of that age group would like. It wouldn't bankrupt them to have a Vault Disney on one of the channels. There was a time when Disney would do that because it was the right thing to do. They give lip service to "appreciating" their fans, but, their true actions demonstrate otherwise.

Over 50, aging Baby Boomers? Isn't that the demographic that buys Pooh dolls for their grandkids? I'm pretty sure that's how Disney sees you guys.

Stuff like this is why I've increasingly come to accept that I'm not a fan of Disney so much as a fan of Walt Disney. The company still makes the odd thing I enjoy - Treasure Planet, Tokyo Disneysea, PotC1 - but I see myself getting pretty consistently demographic'd out of caring about anything Disney does. Whatever my cohorts, I apparently don't overlap with who they want to reach.

I'm 33 and was referring to what Don said.

I may be over 50, but, I don't have grandkids to buy Pooh plush for, and never will, so they're out of luck there!

The Wonderful World of Color/Wonderful World of Disney had a huge, huge influence and impact on the person that I am today, in a number of different respects. And, it is the reason I am the Disney fan that I am today. That is why, as I am aging, I deeply yearn to revisit those shows that meant so much to me when I was growing up. And, I suspect that I am not the only one that applies to. Many of the shows that meant something to me in my youth have become available to see again via DVD or other means. But, the ones that meant the most to me are being withheld by Disney. Like Cory, the Disney of today is becoming less and less meaningful to me. Anymore, I'm more interested in Walt and Disney history. The parks still hold a great interest, but, films that grab me seem to be few and far between, and, Disney television offers me absolutely nothing. It makes me sad.

Here is an idea. Why not bring Disney channel back to the Original programs. Ink and Paint Club,Vault Disney etc.

The #1 thing I want to see Disney put on DVD is Walt Disney Presents on season-by-season DVD. I would die to have that epic first four seasons of Disneyland.

Not that it would happen... Disney is still, I imagine, too invested in parsing up that content for bonus features for DVDs and Blu-Ray (well, Blu-Ray... judging by Fantasia/2000 they stopped putting bonus features on DVD... after Platinum Edition we're back to Gold Collection or worse).

When Will Disney Shows That Aren't Part 2 be up?