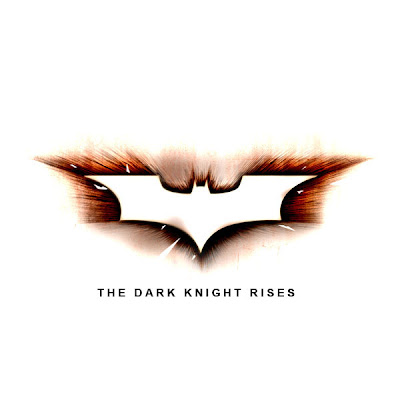 Today Christopher Nolan began filming "The Dark Knight Rises," the swan song to his relationship with the playboy millionaire/vigilante...

Now,as I've mentioned many times in many posts, I'm a DC guy and I love Batman. I've followed him ever since I could walk. From rushing home from school to watch reruns of the 60's Batman show, to Neal Adams and Denny O'Neil's run, to Frank Miller's historic retelling. But as much as I'm looking forward to this film (and I am), I really keep thinking what happens next?

By that, I mean where they go with the next interpretation after Nolan leaves the director's chair. I certainly don't feel that you can or should continue with this version sans both director and star. So it makes me ponder who would direct the next one, as well as who would star and also who would write it?

The obvious choice for me to write it would be Paul Dini. He's deserving of such a job as I think he'd do a fantastic script that would be different that Goyer's take. As for a director they're going to need to go after an up-and-comer that is hungry and talented. Perhaps someone like Jee-woon Kim who has a fantastic eye for stories like this. Maybe make the telling a hyper-realized version like "Batman: Arkam Asylum" is. And as for the star, I'd go for someone a little less established that Bale was. It's too bad Armie Hammer is going to be the Lone Ranger as he'd be perfect, I think. He lost the job once before when "Justice League" was put into turnaround.

Either way, it really is interesting that end of Nolan's chapter has now begun.

In helming “The Dark Knight Rises,” Christopher Nolan is utilizing IMAX® cameras even more extensively than he did on “The Dark Knight,” which had marked the first time ever that a major feature film was partially shot with IMAX® cameras. The results were so spectacular that the director wanted to expand the use of the large-format cameras for this film.

Behind the scenes, “The Dark Knight Rises” reunites the director with several of his longtime collaborators, all of whom worked together on the “The Dark Knight.” The creative team includes director of photography Wally Pfister, who recently won an Oscar® for his work on Nolan’s “Inception”; production designer Nathan Crowley; editor Lee Smith; and Oscar®-winning costume designer Lindy Hemming (“Topsy-Turvy”). In addition, Paul Franklin and Chris Corbould, who both won Oscars® for the effects in “Inception,” will supervise the visual and special effects, respectively. The music will be composed by Oscar® winner Hans Zimmer (“The Lion King”).

The locations for “The Dark Knight Rises” span three continents and include the American cities of Pittsburgh, New York and Los Angeles, as well as sites in India, England and Scotland.

Can't wait to see the rising...

OT - Has nothing to do with Batman but it looks like the Tron hopefuls have been tossed a lifeline.

If weekend estimates hold, POTC4 will have the softest domestic opening weekend in the franchise, made even worse when accounting for inflation. While POTC advocates can point to the large worldwide haul so far, it's still a poor showing for a franchise that once raked in huge amounts of money. What would have been spectacular for T:L is merely viewed as average for POTC4.

Add to this the overall disappointing reviews (a consensus of which agree that Depp is phoning it in and shouldn't have been made the lead) and perhaps the Mouse will eye TRON just a little more as a franchise they can fall back on if POTC sinks further.

It ain't much for T:L fans but it's more then nothing.