Turn the power button on... 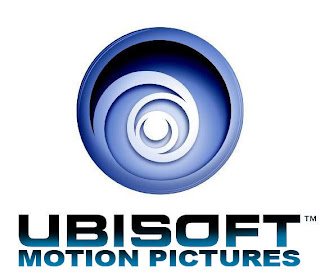 In this modern world this news only seems almost obvious...

Yesterday, Ubisoft, creator of games like "Assassin's Creed" and "Prince of Persia" (you remember that one) announced that they were creating their own film studio: Ubisoft Motion Pictures. It appears they realize the potential of the franchises they have and are not content with others having the creative control over them.

To be more accurate, it's really just a production company, not a full fledged studio. Most of the reports have gotten this one wrong. Perhaps it was lost in the translation of the original article. They will still partner with other studios in Hollywood to get films made of their properties. They just don't want Tinsel Town to be the one calling all the shots.

I'd be surprised if we didn't hear about more companies doing something like this. Micro$oft has even flirted with this idea (And in this process, Halo has languished). As the film business searches for new sources of material to adapt, video games feel like a natural alternative/variant to comic books. Both mediums are very visual and provide lazy suits that are too busy to actually read, the ability to grasp a concept quickly and efficiently. Expect more to come.

My feelings are based on the success, they would require and receive more and more autonomy as time when on. So they would essentially be like their own studio after a while anyway. But that means making hits and in the film business can often be elusive. After all, Walt Disney Pictures "Prince of Persia: The Sands of Time" made $335 million dollars and it's considered a disappointment at best. The trouble will be balancing budgets with scripts. That's something Hollywood has had trouble with from the dawn of the industry.

Making money and make believe can be a difficult but enticing partnership...
Posted by Honor Hunter at 8:05 PM

I think there are several gaming companies that could be their own film companies.

Blizzard comes to mind, with their attempt to get Hollywood to make a film stalled, perhaps it's time to finance themselves. Can you imagine a film based on StarCraft or Diablo?

Why not make movies under foreign banners and then release in the US under a US studio?

Some very lush productions are done cheaply in countries like China and India. They can probably get away with a $30 to $50 million production, which might cost $120 million if originated by a major US Studio. They can outsource some special effects to Lucas for that polished look.

Naughty Dog should make their own Uncharted films and have the backing of their parent Sony.

I think maybe they are looking to work more creative in this new studio, willing to see what’s going to happen in future.