Where and I from again... 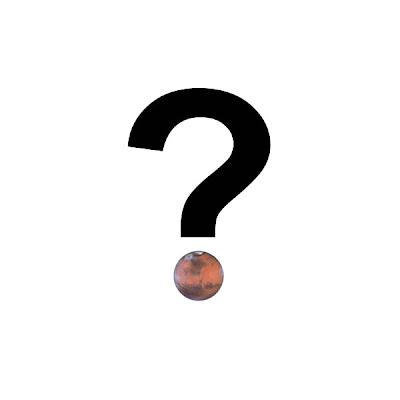 I'm sure you've all heard the word. Or perhaps it's the lack on a couple of words in the title that is. It seems that someone, likely in the soulless marketing department, has determined that John Carter shouldn't say he's from Mars. So instead of "John Carter of Mars" we will get "John Carter." Now this makes no sense, but if it's because some brainiac determined that "Mars Needs Moms" means that moviegoers no longer like Mars, then it's even stupider.

I hope that this changes and saner heads prevail, because this is one of my most anticipated films for 2012. I trust in Stanton as he knows the source material(and is a fan) and has a great grasp of storytelling. From what I've heard, and it's not a lot, the film sounds like it works, despite some whispers about having to do some reshoots. The biggest thing I have heard that makes me wonder is: "It plays young." Which may not be a bad thing. Pixar films play young, but they play to all sides of the audience which is what I'm going to take from that comment until I see otherwise.

But I never thought there would a need to change the "Of Mars" part of the name. It's part of the classic tale that Edgar Rice Burroughs wrote. It would be like taking "Anne of Green Gables" and calling it "Ann," or something even more asinine. I hope the loss of John Carter location doesn't mean that Walt Disney Pictures has a lack of direction in where to go with this picture. Barsoom shouldn't really be that hard to find.

And neither should Mars...
Posted by Honor Hunter at 7:44 AM

"Tangled on the Red Planet"

"The Soldier and the Princess"

Disney marketing is assinine now. Get used to it as long as Carney and Ross are in charge.

Absolutely no one would go to "A Princess of Mars." That's two strikes. What was Burroughs thinking?

Actually, I didn't go to "Mars Needs Moms" because the humans creeped me out.

first picture green lit by head of the studio was "Prom". Lack of vision I think is a bit nice.

Just call it "John Carter of Cars". That will get in the demographic group(that the suits are evidently shooting for) into see the movie in droves.

The ideal Disney title is a single adjective. Heck, just to make sure, they went so far as to drop the possessive from "Disney".

Obviously The Princess and the Frog was doomed to failure: it had two nouns, a conjunction and two definite articles. Hence the change from The Bear and the Bow to Brave. They're not making that mistake again!

Occasionally a noun many work - Cars, for example - but it's best not to trust them if you can help it. Absolutely, under no circumstances, should a proper name be used. Disney has had a consistent stream of underperformers, even bombs, titled after proper names. Thus Rapunzel became Tangled, a single adjective. I'm surprised that they're risking Winnie the Pooh and not just calling it "Stuffed".

Unfortunately, you can see the bind they're in with John Carter of Mars. That's two proper names and a preposition. It's almost Prince of Persia all over again! At least now they're dropped the preposition and the second proper name. All they need to do is figure out an adjective to replace John Carter and they're set.

Sorry, but Disney is paying for the film and Disney marketing is supposed to sell it. I know who Edgar Rice B is, and I know the book, but the mass audience does NOT.

You'd have to be insane to keep the original name after the massive, awful meltdown of that other film with "Mars" in the title. It's unfortunate but I don't blame Disney for this change one bit.

How did that name change on Tangled work out.....

How about calling it "Write Off." It's gonna stink.

It still wouldn't be that bad with uncanny valley if the STORY was good. Instead, it was boring.