From Reboot To Wreck-It...

Make sure you're not a wreck at the box office... 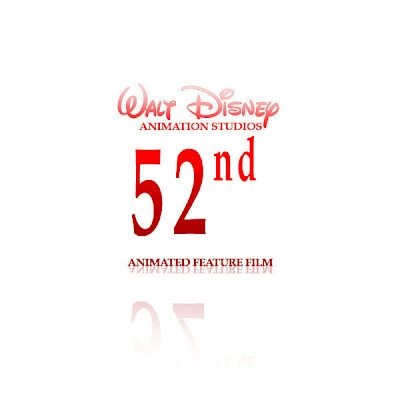 Just don't be a wreck at the box office..


After "Tangled," Walt Disney Animation Studios is looking to prove that lighting will strike again...

Originally 2012 was going to be a hole in the production schedule for the Mouse's animation division, but with Pixar's "Monster University" being pushed out to 2013, we got a little bonus. "Reboot Ralph" got bumped up to November 2 2012 to fill that void.

Now, Disney has announced a name change as well. No longer will it be Reboot, but instead "Wreck-It Ralph." I don't know about the name, but all the buzz I've been hearing about the story sounds good. Walt Disney Pictures has even provided a synopsis of the film:

BURBANK, Calif. (June 13, 2011) – Some of us are born to be bad, but that doesn’t mean we have to like it. Walt Disney Animation Studios and Emmy®-winning director Rich Moore (TV’s “The Simpsons,” “Futurama”) take moviegoers on a hilarious, video-game-hopping journey in “Wreck-It Ralph,” the story of an arcade game Bad Guy determined to prove he can be a Good Guy. Produced by Clark Spencer (“Lilo & Stitch,” “Bolt”) and featuring the voices of John C. Reilly, Sarah Silverman, Jack McBrayer and Jane Lynch, the CG comedy adventure will hit theaters on Nov. 2, 2012, and will be presented in Disney Digital 3D™ in select theaters.

Says Moore, “I love the idea of a very simple 8-bit video game character struggling with the complex question: ‘isn't there more to life than the role I've been assigned?’ In his quest for the answer, we journey with our hero through three visually distinct video game worlds. It's unlike anything anyone's seen before, and I'm thrilled to be to creating it here at Walt Disney Animation Studios.”

Wreck-It Ralph (voice of Reilly) longs to be as beloved as his game’s perfect Good Guy, Fix-It Felix (voice of McBrayer). Problem is, nobody loves a Bad Guy. But they do love heroes… so when a modern, first-person shooter game arrives featuring tough-as-nails Sergeant Calhoun (voice of Lynch), Ralph sees it as his ticket to heroism and happiness. He sneaks into the game with a simple plan—win a medal—but soon wrecks everything, and accidently unleashes a deadly enemy that threatens every game in the arcade. Ralph’s only hope? Vanellope von Schweetz (voice of Silverman), a young troublemaking “glitch” from a candy-coated cart racing game who might just be the one to teach Ralph what it means to be a Good Guy. But will he realize he is good enough to become a hero before it’s “Game Over” for the entire arcade?

From all I've been told, this is a very different film for Disney, both in tone and character. I can't wait to see where they go with it...
Posted by Honor Hunter at 10:00 AM

Interesting cast. This should be interesting. Any idea when we'll see any footage/images?

Winnie the Pooh is number 51, have you already forgot about that little nice movie? ;-)

I think they should title it Ralph. That's it. Simple, sweet, done.

I don't know what you're talking about. And I'm sticking to that.

I can't wait to see some concept art and stills!

It doesn't appear to be a musical, since no songwriters are credited. Do you know for sure one way or the other, Honor?

I can't believe Dr. Steve Brule is going to be the star of a Disney animated movie. That's amazing.

Wow... I didn't think that Disney was hurting so bad that they're trying to make movies to compete with Universal and Dreamworks. There is nothing about this film that seems remotely appealling.

The title is ATROCIOUS...I can't believe Lasseter approved of it. It's difficult to say and not catchy at all. Reboot Ralph or Joe Jump was much better. Well, there's your hero for you Honor Hunter.

Oh and it's going to be different? Sort of like how Emperor's New Groove and Atlantis were different? Those films failed. Disney needs to stick with its bread and butter, sweet tales that have a song or two. Stop trying to be hip. Leave that trash to Dreamworks. Create more Great Mouse Detectives if they want a break from fairy tales.

Have you heard anything about the progress Honor? I heard that they haven't even started working on the actual animation yet. It's less than 17 months from being released.

HMMM...Lasseter favouring his precious Pixar over Disney again? Probably. Sorry, Pixar is his baby and he simply cares more about it than Disney Animation. That's the truth. This is why he'll never actually try to make the Disney animated films better than his Pixar films. The terrible sequel to Monsters Inc. gets more time to be perfected while Ralph gets the short end of the stick. Typical.

"Tangled" was largely bashed as being an awful title, but the movie seemed to do alright both critically and at the box office. Maybe you should give the new movie (and title) a chance.

Would have been cool to have the cast show up at Comic Con this year.. Honor, is it true that Disney plans to avoid Comic Con at all costs this year? No John Carter presentation?

So if THIS videogame movie hits, will Disney make a movie about Epic Mickey?

I suppose that's too much to hope for from the current administration...

Meh... I liked what Glen Keane said about Disney doing "once upon a time stories" best while Pixar did "wouldn't it be cool if ____" stories best. I'm skeptical.

Ralph has been in development a lot longer that MU.

I don't see any favouritism.

DAFT PUNK for the soundtrack, please.

The animation in Tangled looked too dreamworks for my liking and the title is awful. If you can't agree that Tangled and Wreck-It Ralph are awful titles then you are out of your mind and need help.

That's one spin...as far as I know the Pixar Brain trust doesn't really need more time. I just find that it's Lasseter ensuring that his group has more time, or more of a chance to make a great film. Bolt, PatF, Tangled and now Ralph have all had tight schedules. Not Lasseter's fault at all but I do find it curious how Disney always seems to have less time or gets the short end of the stick. There is quite a bit of evidence for this.

Rich Moore was one of the better animation directors on The Simpsons, Futurama and The Critic.

Wait until you see the film before you hate it.

Can't be any worse than that dumb and ugly tron legacy.

I liked Princess and the Frog. It's my favorite Disney film since Treasure Planet.

I don't care whether or not a Disney film is "bread and butter". I care whether it sounds like it will be good. This don't.

You guys are making the same mistakes Rich Ross and his team are making.

Judging the concept, not the story.

Having actually SEEN the new "Winnie-the-Pooh" movie last month, I have to say it's sad that people who claim to love Disney are shunting aside a GREAT little film.

It completely ignores the atrocities of the Piglet, Tigger, Heffalump movies and tells a cute, quite funny (from an adult standpoint) story, and features great animation from people like Andreas Deja and Mark Henn. Burny Matinson, a Disney Legend, helped guide the story and brought back a lot of the gentle "adult" charm of the original stories.

Say what you will, but POOH is a great movie the DESERVES to be seen.

And regardless of how you feel, Honor, it IS the studio's 51st animated feature--and should be treated as such.

Unfortunately , the new Winnie The Pooh feature film seems to be poised to join "The Rescuer's Down Under" (another nice little film) as one of the films the studio hardly ever talks about. I remember when The Rescuer's Down Under "under-performed" on it's first weekend how the studio heads including fearless leaders J.K. and P.S. immediately distanced themselves from it and took a "well, let's move on from this unpleasant interlude" attitude, as though they had nothing to do with it. They hardly ever acknowledged Rescuer's Down Under when talking about the string of animated movies from the late-80's and the 90's ; there would usually be an awkward gap between : "We had a huge hit with "The Little Mermaid" ... and then we did "Beauty and the Beast" which was an even bigger hit, and then "Aladdin" and then "The Lion King" which were even bigger". But that awkward gap in there for poor little Rescuer's Down Under , which is actually a very good film, directed by Mike Gabriel and Hendel Butoy. (where the heck is Hendel now ? He was a great animator at Disney who hardly ever gets any mention these days ...)

The company doesn't seem to be supporting Pooh with a strong advertising campaign , which tells me that they've already given up on it.

It is a movie that will mainly serve as advertising for the rebooted Pooh merchandising franchise. It doesn't even have to make serious money at the theatrical box-office to be successful.

But unfortunately you can bet that the same old "2D-is-dead" naysayers will use Pooh's tepid box-office performance as another example of how hand-drawn movies are no longer viable for theatrical release. And they would be right , too, if Disney Animation under Lasseter's leadership is simply going to continue to make retro-looking-backwards stuff like warmed-over Jack Kinney-esque Goofy shorts such as "How to Hook-Up your Home Theater" , and features like "The Princess & the Frog" , and "Winnie the Pooh". (all of which I enjoyed, by the way)

The best thing that could happen to Disney's hand-drawn animation dept. to truly revitalize it would be for J.L. to put Brad Bird in charge of a hand-drawn feature at Disney to shake things up. But no one is asking me ...

'Wreck-It Ralph' is the best title for a feature film since 'The Rural Juror'.