Put Mars back in John Carter... 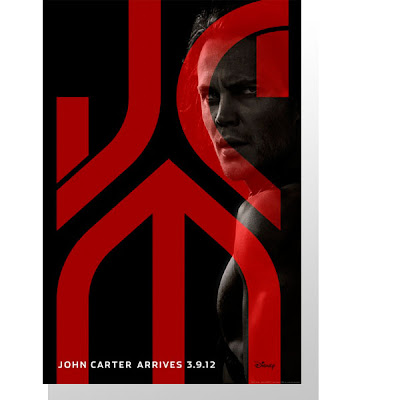 "John Carter" (formerly "of Mars") will be Andrew Stanton's first live-action film will be out on March 9, 2012. I hope that Stanton's talent and love of the material create a modern classic, but I still hate the title change. John Carter of Mars sounds like a great, pulpy adventure. John Carter sounds like a bio-pic that George Clooney is staring in that follows a downsized, corporate suit as he learns to reconnect with the wife and child he neglected. Sigh.

Does it mean that the film is doomed? Not at all. Andrew Stanton is a very talented director that knows a lot about story. I expect all that he's learned in the Brain Trust at the Lamp to be instilled into the very fiber of this adaptation. It's just the lack of enthusiasm about selling a film that has such an uninspired title. Let's see if our fears our calmed when the teaser is released later this summer.

This title-changing business is ridiculous. Change it back!

In spite of that, I trust Stanton will deliver an excellent film like he always has.

Rich Ross is a GENIUS!

Hm. I can't help but notice that the poster features a giant J, C and an M! Maybe somebody designed this poster before they dropped the "of Mars"?

And comments on the poster? I absolutely hate the poster. I hope they do better going forward.