Journey Twenty Years In The Past To Journey Into The Past... 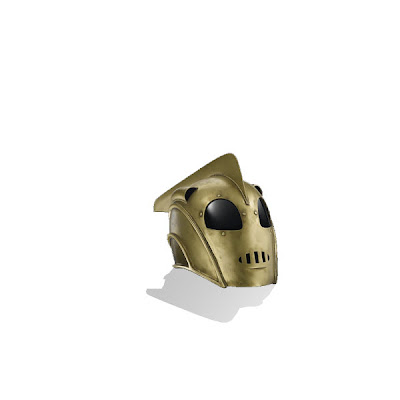 Twenty years ago today Walt Disney Pictures released what they hoped would be their answer to "Raiders of the Lost Ark" franchise...

Well, it didn't turn out the way they expected. "The Rocketeer" has slowly developed a cult following over the years and if you are one of the lucky members of D23 at the El Capitan today, then you'll get a screening and panel afterwards. I was a big fan of the comic when it came out and like Jeffrey Katzenberg, hoped that it would inspire a string of movies featuring the character in a series of adventures.

Audiences decided to see other things that weekend and the film became a disappointment. Not a failure, but not what was expected and making too little to justify a sequel. I had great fun watching it (four times at the El Capitan), but felt that it need more action and a greater sense of jeopardy for the hero. I hoped that a sequel would deliver on the promise of this character. But a sequel never came. It would be great if somehow Disney tried to do a sequel or reboot of the film, but that is not likely. An animated series for Disney XD perhaps?

One can dream, since all it cost is time...
Posted by Honor Hunter at 8:29 AM

Rocketeer happens when Disney decided to copy cat instead of coming up with something unique. The story is so formula and dull. It is sort of like Tron.