One Ring To Rule Them All... 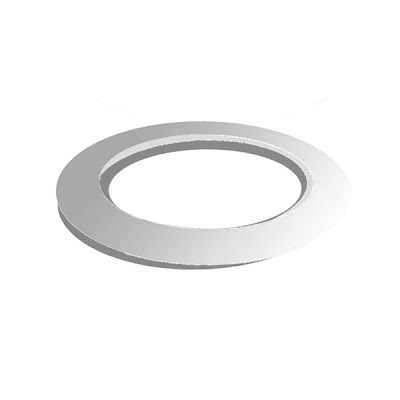 The Mouse's biggest shareholder announced a new building for his company yesterday...

Steve Jobs, Apple's visionary leader has revealed his EPCOT (thanks to Alain over at Disney and More for the inspiration of that statement). The CEO presented his plans for the company's new headquarters in Cupertino to the city council.

Over the past decade, Apple has had a growth rate that is unheard of, and with it has come the need to find a place to house those employees. Scattered all around the city and its outskirts, numerous buildings hold some 13,ooo employees. Jobs wants them all working together, in the same space. This is the project that has been known for months as "Apple City."

So this unnamed building, in the form of a ring will house 12,000 employees. The Fruit Company will keep its 1 Infinite Loop headquarters that sits a mile down the road, but the majority of employees will reside in this massive, futuristic, spaceship-shaped building.

UPDATE: Several others have commented on the design and impact of this building that warrant another look.
Posted by Honor Hunter at 4:12 PM

It will be nice to have an office in such a building!