A world filled with imagination... 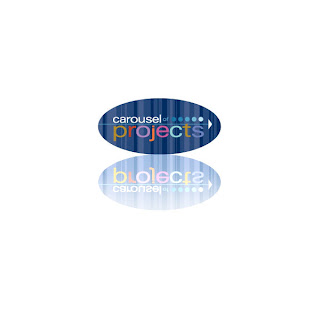 One of the great things about the first D23 Expo was the Imagineer Display that everyone gravitated toward...

It was great to see the plans that WDI had for the upcoming future. At least what they were willing to reveal. Next month's D23 Expo will have another area that will display work throughout all 11 Disney Parks called the "Carousel of Projects."

It'll have much of what we've seen already, but several sections will have more detailed views of what to expect from the Fantasyland Expansion in the Magic Kingdom, the further progress of Hong Kong Disneyland and more elaboration on what to expect from Shanghai. Hopefully they'll show some of the incredible models for that River Run project we mentioned a while back, or perhaps what is to be expected in the very different Tomorrowland.

But what I'm looking forward to is the presentation by Tom Staggs who I'm greatly happy is in charge of the parks instead of the soulless Jay Rasulo. I always thought he was a creativeless, bean counter and it's good to see he is in the proper position now. The management team of Burbank is quite better than it was a decade ago, but the WDW management team seems more of an enigma to me. I wish they seemed to care about the parks as much as Anaheim. I expect that Staggs knows the problems and will slowly over the next few years make the moves that will put people in power in Florida that can advance that resort to its full potential.

I'm not sure about Anaheim being well cared for these days, when I was up at Christmas it was packed to the gills and barely any fun for anyone who was there-and some locals said it's often that busy now. You would think that even at a time like christmas there'd be some sort of cap on attendance so that people could enjoy the park as an ensemble, not a crush.

Not so sure about Staggs yet. While he revised the Fantasyland expansion by removing the fairy meet n gteets with a 7 Dwarfs rollercoaster, he also removed the beloved Snow White dark ride.

And don't forget, he also elevated Meg Crofton after doing such a wonderful job @ WDW, to oversee Anaheim, Florida and France as well. I'm sure he could've grabbed Matt Ouimet, who was in transition to take over Cedar Fair.

Seems like they swapped one bean counter for another.

Staggs is just a thinner, better-looking version of Jay. His background is in strategic planning and finance. He has done absolutely nothing to put his stamp on the division. All of Jay's minions, except for the 'retiring' Al Weiss, have either kept their jobs or have been promoted under his leadership. Meg Crofton and Karl Holz are widely regarded to be two of Disney's worst P&R execs and they are promoted ... when the former has health issues and the latter is planning on retiring in nine months.

Sorta makes you wonder if Staggs wasn't put in his position to tidy up P&R for a sale.

'Cause anyone looking at things from the outside would have a very hard time distinguishing P&R as run by Rasulo and the same unit run by Staggs.

Honor, you haven't bought into the PR spin have you?

Having seen him in the parks quite often and having talked to him and many of the people around him, I feel that you are wrong, Anonymous. There is no impending sale of the parks. I haven't bought into any PR spin, but you've been drinking the rumor cool-aid I think. The position Meg has is far less powerful than what Weiss had, she's a semi-figure head. And if one of them is in bad health and the other is close to retiring (something I know nothing about, btw), then I think that's a good thing because they'll both be gone in a year or two and Staggs can put his own into the positions.

He's a world better than Jay. Not just for being in the parks more, but his relations with Cast Members, his desire to actually listen to people. He also has a group of teen boys that give him critical advise about the park, which means we shouldn't see everything saturated in Princesses. ;)

"He also has a group of teen boys that give him critical advise about the park" - now that does make me nervous...

Work throughout all 11 parks?! What work? Disneyland Paris park and Walt Disney Studios have nothing up their sleeves, so there must be 2 empty spots on the carousel... Or they promote the resort with the new World of Disney store... OR they must announce Ratatouille for WDS and Ariel for DLP, that would make us happy here :)

Those teen boys are his sons ... Michael Eisner also used his boys as a similar focus group

This original post, and the follow-up comments, are fascinating to me. I SO want to hold on to hope that someone, finally, who CARES about the parks will work quickly to un-do the serious damage of the past few years (homogenizing and down-grading the parks' experience, running the brand into the ground through poor-quality merchandise decisions that bear no connection to guest desires, etc.). As things stand now, our family -- with 8 WDW *deluxe* trips under our belt -- is choosing to spend our vacation dollars elsewhere. We won't go back until we see that they want us back; banking on a constant stream of one-timers at the expense of returning devotees seems incredibly short-sighted to me. I've also been a part of a lengthy disboards discussion about how cheap, low-quality merchandise across the Disney enterprise is destroying the value of the brand. Can there be light at the end of the tunnel?

I'm a teen boy, and the princesses is part of what I think makes Disney work. Otherwise it's just like everywhere else...or in fact anywhere else.

"Those teen boys are his sons ... Michael Eisner also used his boys as a similar focus group"

Yes, I was referring to them.

And yes, Eisner used his sons for projects like "Star Tours" and "Splash Mountain." Wouldn't it have been nice if he had shown them the models for Tokyo DisneySEA and Disney's California Adventure? He might have had a change of heart and went back to the drawing board in Anaheim.

Honor, I'd hate to see you fall into the Lutzian trap of believing that just because one sees an exec in a park that somehow means said exec cares or is doing a better job than execs who are not seen. That's like sitting back and giving George Kalogridis the credit for all the new things that have come to DLR the last 18 months and ones that are currently under construction, while ripping his predecessor that got all of those things started, but was never seen in the parks.

Not trying to be contrary here, just stating some facts.

As to any pending sale of the parks, I never claimed there was. But I doubt very much that Tom Staggs had a conversation with you, or anyone else in the fan community, saying as much. There certainly has been talk about a possible divestiture of the division either in total or part. No cool-aid drinking here, simply reality. Wall Street doesn't feel P&R is a good business to be in, and neither does Bob Iger (sorry to burst any bubbles here). For the right price, the parks would be gone tomorrow. And look into the REAL reason the BoD was at WDW for four days in late June and why there's not one photo of any of them (including the dying Steve Jobs), even though the online spin is they were out in the parks and even did the Wild Africa Trek at DAK. Seriously. What do you think they were doing, dude? Picking out carpet and furniture samples for the next DVC resort? Deciding which parks are getting new E-Tix first? Negotiating Al Weiss' silence as he exits?

On the Meg and Karl front, what you said simply doesn't make sense. If Tom truly had the power and desire to install his own people on the Exec Committee, and not two of JR's stooges, then he'd be doing so now. What sense could it possibly make to install two execs in such high power, high profile roles just for a limited time? That's just not a smart way to run a business.

I see nothing to prove Tom is any different whatsoever than Jay beyond the fact he is playing the Social Media fanboi card and being seen in the parks (mostly DLR) every now and then. Having kids certainly makes that more understandable. I didn't realize his kids were in their teens yet, but the way you worded that had me worried for a second. After all, you never see teen boys hanging with Imagineers in creepy ways, do you?

Wha-??? That dated laughable old relic? Good riddance to it. It was never even as good as Peter Pan's Flight, which is also showing its age, but still has much of the charm Walt built into it. The Dwarf Mine Ride sounds like a much better way to pay tribute to the Snow White film. I can't wait to see/ride it.

As for Stagg's listening to his teenage sons...if any of them mention putting Marvel into any of the parks, I hope he's sent to his room without dinner...

I sure hope they don't sell the parks, and it's just a rumor.
What is Disney without Disneyland?

I was the anon who clarified your tongue-in-cheek reference to Tom Staggs using his teen boys as a reference.

The reason I brought up Eisner doing the same thing with his boys, which you clarified, is that I don't think this is the right way to validate creative decisions. True focus groups would be more appropriate to fine tune an inspired idea (like a film). Every parent thinks their kid is representative, but that's not necessarily the case. Maybe they do this and Staggs was just being glib?

I'll take those boys opinion on what the park should look like any day over Paul Pressler.

The man didn't know who he was working for. I don't like the "Design by committee" process, but having them ask the public what they want it fine. The only problem in DCA's case was that the executives at the time didn't care what the public thought, or it wouldn't have been built to begin with.

They ALL need to go... even Lasseter (after watching that bogus "day in the life of..." thing). It is abundantly clear to me that the company is diseased will soon begin to diminish and die as long as the patient keeps trying to administer its own treatment. I say cut all of the heads off and try and build a new monster while it still has a heartbeat.

I hope Honor replies again soon, so he can confirm that he has not fallen into the Lutzian trap mentality.

"They ALL need to go... even Lasseter (after watching that bogus "day in the life of..." thing). It is abundantly clear to me that the company is diseased will soon begin to diminish and die as long as the patient keeps trying to administer its own treatment. I say cut all of the heads off and try and build a new monster while it still has a heartbeat."

What a moronic statement. Lasseter IS Pixar; he is its heart and soul. You act like it would just go on functioning like normal were he not there. Foolish. I'll take the body of work that he's put together any day over any other studio.