Inside The Mouse Trap...

Avengers does pretty a pretty face on a mouse... 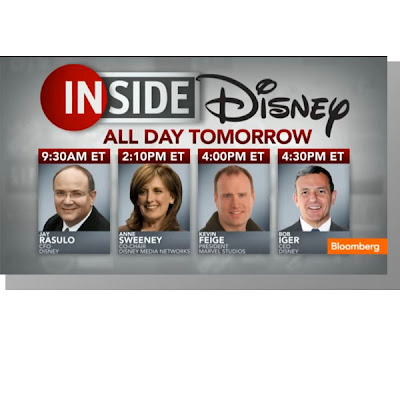 Bloomberg News had a special series of interviews throughout the other day entitled: "Inside Disney" that you might find interesting...

It's a series of discussions with the various Suits within the Team Disney Building:

If you want to see some of these interviews, we've broken them down for you in to bite size bits:

I knew "Avengers" would be a strong movie.

I don't lose sleep over spending.

I was very worried about John Carter.

We have great solid programming.

A billion dollars will make anything look better, even when it's already going good...