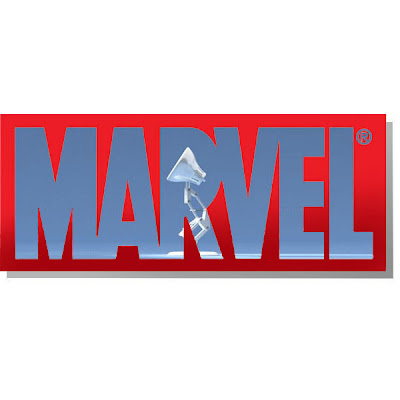 With "The Avengers" ready to pass a billion dollars by the end of the weekend Marvel Studios has become an amazingly successful studio...

The only other current studio with that track record is the Lamp. Pixar, is similar and different at the same time, but the success model of control, and the autonomy to create their own projects is something that they share. To be fair, they both have different content: Pixar creates original properties that become pop-culture stories and Marvel takes pop-culture properties and creates original stories. Both are well written and follow a focused plan for success.

The many division of Walt Disney Studios operate almost as separate kingdoms (no pun intended) within a larger kingdom. The irony of this is the crown jewel, Walt Disney Pictures (the live-action division) is the one division that is run by the old Hollywood model. It's also the one which is the least successful in terms of hits, both critically and financially. And it's lead by... no one really. As of right now, it's a rudderless ship adrift in a sea of high concept confusion. The failed experiment that was Rich Ross is now gone. Hopefully, Sean Bailey will get the nod to take over in the near future if Iger wants to make a smart move. He's a smart guy and with the right amount of autonomy could generate some positive creativity at the Mouse.

While at the other divisions, Walt Disney Animation Studios and Pixar have John Lasseter to guide it, Marvel Studios has Kevin Feige to lead it to the current state the comic book company finds itself in. I'm not saying that Feige is as creative as Lasseter, but he is as business smart and as deeply concerned about the characters and stories that he tries to bring to the silver screen. Disney's last division, Touchstone Pictures is essentially a label used to distribute DreamWorks films, and those are controlled by Steven Spielberg and Stacey Snider respectively.

All this has come about with what are many of Marvel's second tier characters. Since the heavy hitters like "Spider-Man," "X-Men," "Fantastic Four" and "Daredevil" are controlled by other studios, the studio has been limited in the direction they can take their stories, but that direction has followed a laser like focus. I try and imagine how films of the Web-Head, Mutants and Super-powered Misfits would be handled if Marvel actually controlled their presence on the screen.

I wonder if Bob Iger is somehow trying to work out deals to end all, or at least most of the agreements made with other studios for Marvel properties? If the buyout of Paramount Pictures was worth the investment, after the Avengers is it worth it to attempt to take back control of other properties? I can only imagine how a "Fantastic Four" film under the Marvel Studios banner would look compared to the weak attempt that Fox tried to make. With the disappointment of the latest "Ghost Rider" film, that property will likely fall back to Marvel just as the Punisher has now done. Spider-Man and X-Men could take a decade or more unless Iger is able to pull together a business deal that will make sense both financially and legally.

But with at least two Marvel films a year for the foreseeable future, it looks like we're going to get used to seeing men in tights for a long, long time. We have "Iron Man 3" and "Thor 2" in 2013 and "Captain America 2" and an untitled Marvel film (Uhhhant-man!! Excuse me) in 2014. The first film that will be coming out in 2015 will likely be "Avengers 2" and at least one other film later in the year. Maybe after the success of this superhero team, the Hulk will get another chance to shine in his own film again? And may I ask that Joss Whedon write the script since he seems to get the character better than previous versions. But the future looks bright for the Marvel way.

Top 10 movies of all time & Disney has 2 Pirate films & Alice in Wonderland. Not to shabby - also Pixar's Toy Story 3. So to say that Disney doesn't know what they are doing is a stretch. Disney does rely on Mr. Depp and I believe he will deliver again with Lone Ranger film next year. It does seem like many Disney "insiders" have something against Depp or a least Pirate films. But the public loves Depp & Pirates so the haters can keep hating. Can't wait until Pirates 5!

Bob Iger was asked if he was considering buying back the rights to Marvel characters controlled by other studios when he gave his quarterly earnings report last week. He basically said No, they have more than enough characters to work with right now.

I could have sworn there was a new Hulk movie coming out next year. Now I can't find anything online or on IMDB anymore. Did it get cancelled?

The Disney name/reputation is slowly being diluted with this "other" stuff. I'm sorry to admit it, but when I think of a true, legitimate, Disney film, I do not think of Spiderman, Iron Man, or any of the Marvel superheroes.

The superhero fad will pass, while original properties as per Pixar will continue to drive Disney forward.

^I agree with both of the people above. Disney and Marvel are okay separately but jarringly distasteful together. I shudder at the idea of any kind of Marvel addition to any of the Disney parks. It'd be as bad as if the Power Rangers hadn't been sold off and were given their own separate land. They too were very popular for a while, but have now faded into near-obscurity. Hopefully Disney will continue to just distribute the Marvel films and not incorporate silly men-in-tights junk anywhere else. Disney used to be known for creating new, fresh, original content, or new spins on old stories. What the hell happened to THAT Disney?

I don't think that there has been any real opportunity cost. Disney still makes its own projects in addition to the Marvel stuff.