Get us some great movies worthy of the Disney name Alan... 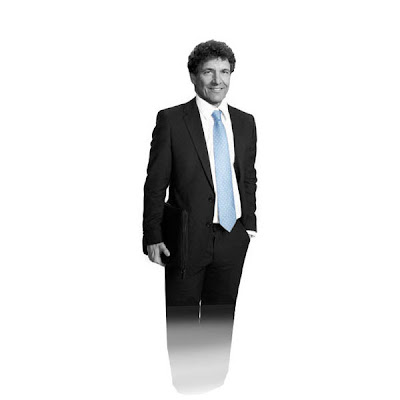 Well Bob Iger finally got around to naming a successor to his failure with Rich Ross...

After the experiment of letting a young Suit with nothing more than television experience be put in charge of the film division, it appears adults are now in charge.

Alan Horn, a seasoned veteran of Warner Bros. has been put in charge of all the Mouse's film slate. Unlike Ross, he's got a deep history in Hollywood and knows his way around the town and has the respect of talent across every spectrum. He also had a hand in Warner while films like "Batman Begins" and the "Harry Potter" franchise were created. It would be nice if he were to develop films that were that iconic and successful with the Mouse.

There are rumors that Iger dangled the carrot of possibly being suggested to succeed him in a few years as CEO/Chairman. I hope that's not the case, as much as I think Horn is a great fit for the job, I would prefer to see Tom Staggs get that title. Not that I would think he would be bad for the job, just my personal preference. I wouldn't be complaining unless Jay Rasulo got that job because I'd have to believe that ancient Mayan curse was true, just a few years late.

Here is the press release:

BURBANK, Calif. – May 31, 2012 – Bob Iger, Chairman and CEO of The Walt Disney Company, announced today that Alan Horn has been named Chairman of The Walt Disney Studios effective June 11. Horn will oversee worldwide operations for The Walt Disney Studios including production, distribution and marketing for live-action and animated films from Disney, Pixar and Marvel, as well as marketing and distribution for DreamWorks Studios films released under the Touchstone Pictures banner. Disney’s music and theatrical divisions will also report to Horn.

Horn has been a prominent figure in the film and television industry overseeing creative executive teams responsible for some of the world’s most successful entertainment properties including the Harry Potter film franchise and the hit television series Seinfeld among others.

“Alan not only has an incredible wealth of knowledge and experience in the business, he has a true appreciation of movie making as both an art and a business,” said Iger. “He’s earned the respect of the industry for driving tremendous, sustained creative and financial success, and is also known and admired for his impeccable taste and integrity. He brings all of this to his new role leading our studio group, and I truly look forward to working with him.”

“I’m incredibly excited about joining The Walt Disney Company, one of the most iconic and beloved entertainment companies in the world,” said Horn. “I love the motion picture business and look forward to making a contribution as part of Bob Iger’s team working closely with the dedicated and talented group at the studio.”

Among the numerous critically acclaimed films and box office hits released during his tenure are all eight films in the Harry Potter series, The Dark Knight, Charlie and the Chocolate Factory, Happy Feet, Sherlock Holmes, The Departed, Batman Begins, Million Dollar Baby, the second and third Matrix films and the Ocean’s Eleven trilogy. Horn is also an executive producer of The Hobbit: An Unexpected Journey.

Before joining Warner Bros., Horn co-founded Castle Rock Entertainment where he served as Chairman and Chief Executive Officer. He oversaw the creation of many critically acclaimed and beloved films including Best Picture Oscar nominees A Few Good Men, The Shawshank Redemption and The Green Mile as well as When Harry Met Sally, City Slickers, In the Line of Fire and the most successful show in television history, Seinfeld. Horn has also served as President and Chief Operating Officer of Twentieth Century Fox Film Corporation and was Chairman and CEO of Embassy Communications.

He is a member of the Academy of Motion Picture Arts and Sciences, the Academy of Television Arts and Sciences, the American Film Institute and the Museum of Broadcasting. He serves on the Board of Directors of the American Film Institute; as a Vice Chairman of the Natural Resources Defense Council (NRDC); is a co-founder of the Environmental Media Association (EMA); on the Board of Trustees for the Autry National Center in Los Angeles; and on the board of Harvard-Westlake School.

Horn received his MBA from Harvard Business School and served as a captain in the U.S. Air Force.

I think he would be a better choice succeeding Bob Iger than Bob Staggs. Partly because he green lit Avatar land in a Disney park! I don't agree with this swap meet mentality in the parks. They should be Disney properties only. Alan is definitely creative, where Bob is business.

Do you consider Winnie the Pooh a Disney property? It's not. It's owned by someone else and licensed by Disney. But most people think that it is.

But the point is Walt Disney took things from others and made them his own. Cinderella and most of his other films were someone else's stories. But he made them his own. And I see nothing wrong with the company making these properties their own.