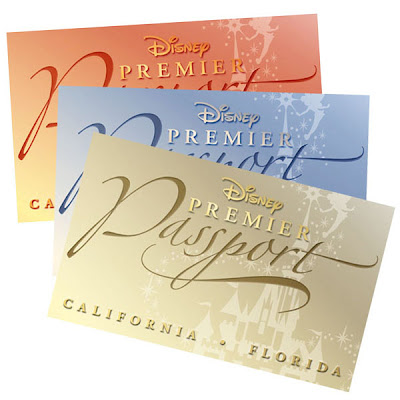 In case you missed it, the price to get into Carsland go a whole lot higher...

On Sunday the Suits put out their new prices to get into the park/annual passport and it was much more than most were expecting. And it could be described as the Mouse being greedy, it's also correct to say that it's a way to control the ever growing AP's that are coming to the parks monthly/weekly/daily.

While I too cringe at the thought of paying $600+ for a premium pass, the over a million annual pass holders and their spending habits have gotten Team Disney Anaheim in a position where they felt to control the coming onslaught of crowds, a line was going to have to be drawn.

With AP's walking around the parks spending far less and coming far more than tourist/foreigners it was determined that a much larger (30%) fee was going to have to be charged. Now, some have felt that this will cause less people to come and this is true. But it is also the Disneyland Resort's intention. Why would they want less people to come, you say?

Well, the crowds that will be coming over the next few months are expected to be large and the worry inside the halls in of the Suits is that controlling them and the AP's was going to be too difficult a headache. So, the decision was made to make those paying for a pass, to pay a slightly larger premium than they've paid before. Not all will renew their passes. Some will get a lower passport like the SoCal or SoCal Select (which is what the Suits wanted) or even the Deluxe. But with the resort finally being a Disney Resort, and the park finally being a Disney Park it was time to stop giving away what they felt was a package that was worth more than the price.

Now, a decade ago it could be easily argued that the price of going into DCA or a park hopper wasn't worth it. That is a much more debatable argument today. It's certainly worth more to go there, but it has yet to be determined if it's worth the price that Disney is charging. We won't really find out on June 15th either. It's more likely the success of this Extreme Expansion will not be known for a year, or at the very least till the end of the holidays.

But the confidence it shows in the new branding/offerings is the mark of a new day for the Resort...

Im going to both WDW and DL this year, and live in Denver. My first year of being a DVC member, we bought AP at WDW as it was so comparable to a 10 Park Hopper ticket there, it worked out great. This year we have our sites set on the Premier Passport as we are going to both coasts and will do the same next, but the price went up another $100, so about a 14% increase. While I'm not excerlerated about the increase, especially to think I'm spending $1700 on tickets this year, I know the money part will be out of my head once I'm in the parks.

I am glad they raised the prices. The last time I went to DLR I saw a lower-class mother BATHING their children in a fountain at DCA out in the public!

What made the amount of APs go through the roof was the monthly payment plan (and the over-advertising of Annual Passes in general). I wish Disney would cut that and then significantly reduce the pricing, but we all know that that's never going to happen. They're just going to radically keep raising rates without actually fixing the problems that they created.

Disneyland had record attendance the last couple of years. Prices won't go down as long as people keep coming through the gates.

Just charge for parking instead of including it in the PAP price and you'll solve a lot of the problems.

Although I shudder at having to pay the so much higher price for my premier annual pass (and wonder how to save the money while still having the funds to visit often from the SF area), I do like the idea of thinning the herd and the crowds What I question is why the So Cal folks don't have to pay the higher prices if the suits plan is to make more room for the money spending tourists. It is those who live down there who can drop by after work and take up room while not spending anything. It is those of us who have to travel to get there, then get accommodations and eat who are being penalized the most. Will I stop buying my pass? No, not as long as I am working and can pay for it. I cannot imagine my life without Disneyland whenever I can be there.

The monthly payment plans have definately created a problem for DL. I have a WDW AP but live in Maine, so I have to pay for thing in one lump sum. If I don't have the discretionary funds to purchase it, I don't. Makes me appreciate the purchase that much more. Maybe DL should have started to phase out the monthly plans a year ago forcing the renewals of AP's to be paid in full, upfront. This could have thinned the herd and maybe prevented such huge increases now. I used to think that Disney was forward thinking when it came to the business side of things, but they seem to have turned reactionary...Don't get me wrong, an AP (at the old rate) at DL seemed like a deal to me, and because I'm used to paying the WDW price for an AP, it's still a deal. Just seems like DL is cashing in right now, when there could have been a different solution to the AP problem.

A side note regarding DL AP-ers...I've been lucky enough to visit DL almost a dozen times in the last 20 years, usually during the off season. Over the years, I've noticed the demographic of the park change dramatically, especially on the weekends. 25 years ago, it seemed that families were the majority of the guests, but during the last 10 years, I've noticed many more "packs" of teens, etc...just roaming, giving me the feeling I was at a SoCal mall. During both Fantasmic and Believe-Remember-Magical, I found many in the crowd conversing like they were at a cocktail party, not a DL nighttime spectacular. This seemed to be the norm, especially phone conversations about everyday, mundane things. Sadly, everywhere I turned, the "real world" was rearing it's ugly head. (Don't get me wrong-this happens at WDW too, but it's typically the exception there). Now I'm sure there are many DL AP-ers that find this behavior unacceptable too, but if a price increase discourages those that treat DL as just a hangout, from renewing their AP, then the price increase gets two thumbs up from me. Otherwise, I need to visit DL when the bulk of the AP-ers are blocked out.

So much for the quick reply I was going to make :)

So the effects of the monthly payment plans have officially caught up with the DL resort. As a WDW AP holder, who lives in Maine, I have to pay the full price, upfront, with no option to "finance" my pass. First of all, if I don't have the discretionary funds to buy the AP, I don't. Secondly, when I do, I appreciate the purchase. Maybe Disney should have started phasing out the payment plans a year ago, with all renewals. Maybe this would have thinned out the herd, and such huge increases in price could have been avoided.

I've been lucky enough to visit DL on at least 10 different vacations over the last 25 years, and my visits over the last 10 have been completely different experiences than those of 25 years ago. My visits are usually off season, which is obviously when the bulk of the AP-ers have access to DL. Increasingly, I've found DL to have the feel of a SoCal mall, with "packs" of teens milling about with no particular agenda. Families used to be the demographic, but not during my recent visits. It was especially noticeable during Fantasmic and fireworks. Many in the crowd conversed like they were at a cocktail party, not a DL nighttime spectacular. Sadly, very un-magical for me and the rest who wanted to see the shows. Hopefully, those that come to DL to "hangout" will find these new AP rates beyond their means and leave DL to those that actually want to be there. I'm sure there are many DL AP-ers out there that find these situations just as intolerable as I. Oh, and by the way, this also happens at WDW, just not nearly as often.

I am glad they raised the prices. The last time I went to DLR I saw a lower-class mother BATHING their children in a fountain at DCA out in the public!

Yeah, like raising tickets a few dollars more will really keep the people who do dumb things from entering the parks. Please. Doing something like that has nothing to do with person's income level in society. People of all classes do uncivil, rude and obnoxious things in the parks. This price hike won't change that. Meanwhile, there are plenty of well-behaved, average families who will be affected by this -- and that's a shame.

Didn't realize either of my comments were going to post...haha. After completing my first entry, it just disappeared. A few hours later, I tried again and it too, just disappeared when I hit publish. I hope my third try doesn't show up too! Hope you enjoyed my two variations above. I never did edit the first one though. I noticed I originally said 20 years, when it should have been 25. My apologies.

While I too cringe at the thought of paying $600+ for a premium pass, the over a million annual pass holders and their spending habits have gotten Team Disney Anaheim in a position where they felt to control the coming onslaught of crowds, a line was going to have to be drawn.


Oh please! This is about money and catering to the rich. It's not about weeding out the crowds. I've been going to Disneyland since I was a kid. And trust me, I have memories of the park being very crowded, even forty years ago. Hell, it's easier riding the PIRATES attraction than it was 35 years ago.