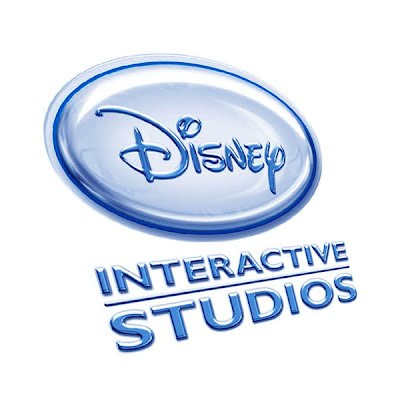 Even in this economy, the Walt Disney Company is having a very good year...

Maybe not as good as Apple, Inc., but almost every division of the entertainment giant is doing great business. Almost. Even the film division with its $200 million write down of "John Carter" is feeling giddy right now ("Avengers" billion dollar success, "Brave" and "Wreck It Ralph"). The theme parks are firing on all cylinders with Suits so confident that they're willing to raise ticket prices to near record levels. But one division still lags behind the others:

This is the one area where Bob Iger's vision seems to have gone astray. It's the one area that would seem to be a given to find a success, but it's the one area that is fleeting. Interactive entertainment seems ripe for mining the many characters and properties that the Mouse owns. But for most of its efforts, and the millions that have been poured into it, the division still lacks the kind of success it was expecting.

While Warner Bros. has strategy has taken the companies it partners with and bought into a consistent brand known as Warner Games, the ones that Disney has bought have had a different result. Over the last two years, some of the companies that the Mouse bought have been closed and shuttered. Propaganda Games, creators of "Turok" and "Tron: Evolution", as well as the defunct "Pirates of the Caribbean: Armada of the Damned" was shut down in January of 2011. Black Rock Studio, creator of "Split Second: Velocity" and "Pure" suffered the same fate in June of that year. The most successful acquisition Iger has made is perhaps Warren Spector's Junction Point Studios. But even the "Epic Mickey" game was considered a disappointment from what was expected. I would love to see Disney give Spector the opportunity to make the "Ducktales" game he's desired to for sometime.

Following the disappointment, the strategy has changed to make a more concerted focus on mobile games, like the surprise hit: "Where's the Water?". While the strategy to focus on mobile platforms hasn't ended console development, I believe that it demonstrates a flaw in Iger's gaming strategy.

Instead of purchasing high end gaming companies like Blizzard/Activision, Electronic Arts, or a gaming studio on the level of Naughty Dog, the company has instead focused on smaller companies with less of a clear track record. Unlike Disney's purchase of companies like Pixar or Marvel, which have a proven track record, the entertainment giant has focused on the exact opposite type of company and gotten the exact opposite result.

If Iger was to follow his strategy of absorbing high-end, high quality companies, he could have gone after a gaming studio like Valve or possibly Bungie, creators of the "Halo" series, who is now free of Microsoft. Those and other gaming studios could have provided Disney with an established line of popular content. But instead, a different route was plotted.

Another loss of direction has been the lack of games based on properties the Mouse owns. Other than "Epic Mickey" and the canned "Pirates of the Caribbean" game, not much has been planned. There are some projects in the pipeline, but with the large collection of properties it owns, you would think the Disney company would have dozens of these games in various states of development. Not so. Even the Marvel characters haven't been fully utilized thanks to contracts that are spread over other companies. While not as extensively confined as the contracts that Marvel has with other theme parks, the situation is more limited than many Suits would like.

Hopefully, people like Warren Spector will convince Iger and the Suits to look into a strategy involving one of these companies and a marketing plan that mines the low hanging fruit that the Walt Disney Company has within its vast entertainment kingdom.

It's just interesting that the interactive division is the most inactive when it comes to profits for the media giant...
Posted by Honor Hunter at 9:41 AM

Great article, Mr Hunter. I've looked extensively over the last few weeks at game developers Disney could acquire. Insomniac Games stands out as a developer who could help stand as a tent-pole team to help guide Disney's console efforts. Other than that, Disney should try and incubate a team around Marvel; Marvel Interactive. That label can essentially work at a powerhouse to turn Marvel properties into tremendous games ala the Batman Arkham series. Skilled developers would pounce at the chance to work with their favourite superheroes. That's part of the reason why Rocksteady have such a strong team.

Another option in the future could be some of Sony's prized developers. I love the Playstation (not as much as ), but if Sony's finances don't pick up then the company could be in trouble. Selling off some of their developers such as Naughty Dog could theoretically happen down the line. If that did happen then Disney should most certainly look into acquiring some of those development teams.

DIMG could push the company going forward, and I hope that this is the case. Video games can be used to introduce new characters, or even re-energise old or forgotten franchises. A strong outline for the division needs to be established and executed perfectly, and I think the current management (led by Pleasants and Pitaro) are trying to get there.

I've always thought that it would be a good idea to do what they did with Marvel... Disney's not really deep into the videogame market right now. Why not just buy someone who is?

I was thinking Square Enix would be an obvious choice, what with their working with Disney with Kingdom Hearts.

My Disney dream acquisition is Nintendo.

They are a really family friendly company. Their characters would be great for theme parks (a thrid gate in Tokyo really connected to japanese culture). And they're doomed to be in pretty dire waters soon thanx to Apple's iOs devices (Wii U? seriously???)

This is a possibility ;)