Of thunder and rock and roll... 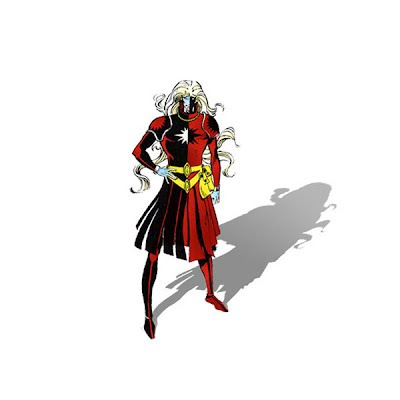 In a few Months, "Thor 2" starts production in England...

Unlike many in the Marvel Universe, Thor doesn't have a large rouge's gallery of villains. Characters like the Fantastic Four, Captain America, Spider-Man or the X-Men have a great deal more respected and credible villains, the Norse god's enemies are not as well known. There are a few that might wind up being potential opponents in a cinematic environment.

While Loki is the most known/best foil to Thor, several other villains could play a role in the upcoming sequel. Many are asking what villain will confront the Norse god in the new film? Who could the actor hired to play him be portraying? Well, he could be playing Atum, the God Eater, a being created to consume the gods. Or maybe Desak the God Slayer of an unnamed world. Then again, Ego the Living Planet might be him, but doubtful. Kryllk the Cruel a Asgardian Troll Leader? All are possible, but I don't believe any are the villain.

In fact, if you look at the actor cast to play the lead villain, he bares a striking resemblance to a certain villain that has been a pain in Thor's side since the 80's. Mads Mikkelsen is a very tall, lean actor with piercing tiny eyes. He's capable of playing a villain with cold blooded intensity. He's a charismatic Danish actor and has a Scandinavian appearance that would go with many of the villains that come from Norse mythology which Stan Lee adapted into comic form. Out of all these villains, one seems to stand out. 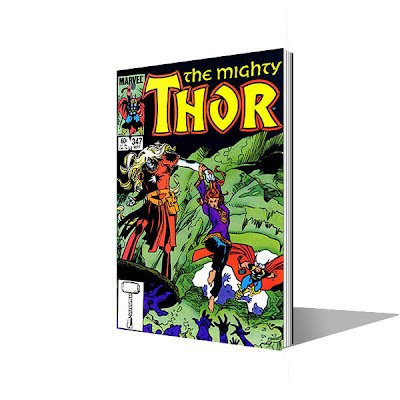 For those of you that don't know who he is, Malekith is the ruler of the Dark Elves in the Asgardian Nine Worlds. And his story would work with Thor 2 taking place mainly within the other realms of Thor's chronology. Since we know that Loki would play a part in the film, it also makes sense. Because in the stories, Malekith makes a pact with Loki that involves him ruling the lands of Asgard and could bring about an epic adventure that could lead to a truly "Lord of the Rings" type film for "Thor 3" if they follow the Surtur storyline. Who is Surtur? Click on the link and see the Walt Simonson run on the book as well. We now know that Thanos won't be in this film, so there won't be a plot line involving The Infinity Gauntlet. But perhaps Thor's sequel will feature The Eternal Flame? Now, if some reporter will just ask Kevin Feige this question we can see if he tries to squirm out of answering it.

But if all this turns out to be true then the sequels to Thor could be a quite interesting and radical direction that differentiates Odin's son from the rest of his underwear wearing friends on Earth...
Posted by Honor Hunter at 8:49 AM

Wow, I can't wait to see Mads made up to look like that.

These days, "Disney news" is simply a discussion of Marvel characters/comic books. I long for the days when Disney was Disney.

I think people complain when any Marvel news it brought up. It's part of the Disney family now. Like Pixar, like Muppets, ect.

With all the success of the Avengers it's only natural that you're going to have more news on it. But I find plenty of Disney news here that has nothing to do with superheros.

Keep up the great work, Honor!

With the way they describe it, could be a combination of Lord of the Rings and Disney's the Black Cauldron. Now that's a movie I want to see.

Just a side note to comments you make here; a great written article about plotted villainy for Avengers 2 and Thor