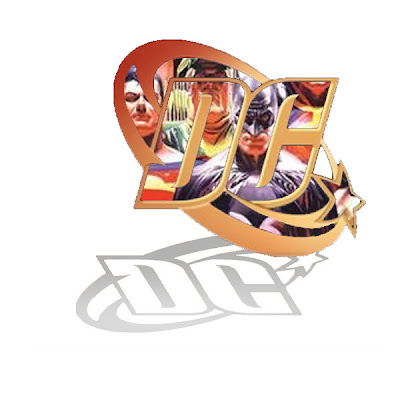 It seems that DC Comics has made considerable progress in catching up with the Marvel franchises in the last couple of weeks...

At least in the production/executives area of development. I'm sure you all heard those rumors of Chris Nolan "shepherding" the Superman franchise that Nikki Finke's Deadline Hollywood posted. He's as close to the perfect Creative for the Suits at Warner to deal with right now. Nolan is a demigod to the people with power right now... it may not be true, but it's a great rumor. The perfect rumor actually, because it just keeps getting better.

A few days later there was the talk of David Goyer writing the script from Latino Review. Pretty good as he knows a little something about comic book characters. Then there was whispers that he might be writing it with a partner, Jonah Nolan. Again, a great rumor as Jonah is a great writer and he and Goyer have worked together before. Interesting, very interesting. Lastly, the rumors start to mention that Jonah Nolan could not only be the co-writer, but may also be the director as says /Film. Say whahhh?

Would Warner entrust a film that could cost as much as two hundred million dollars to a man that has never directed before. I mean, he's a great writer and he knows the medium, but would they feel safe about giving that much money and responsibility to a freshman? Well, if Chris Nolan were producing and looking over his brother's shoulder to make sure everything was all right, they might. Look at what Disney did with "Tron Legacy." Joseph Kosinski is a first time director and his budget on the 80's sequel is well over one hundred million, some have said it's closer to the two hundred million mark. So it's not without presidence.

Put this together with the rumors that Goyer's take on the Man of Steel being called "The Man of Steel" and that it wouldn't be an origin story. That it would be influenced by John Byrne's version of the Boy Scout. That it would involve Luthor (eh) and Brainiac (yeah!). These are a geek's wet dreams when it comes to rumors. These aren't the kind of rumors where you go, "oh no, not that! Not him/her/it!?" These are the kind of rumors that make you cross your fingers and pray you open up the trades one day to see that it's really happening. If it does happen then Marvel has some serious competition on their hands.

And competition is good...
Posted by Honor Hunter at 2:09 PM

I like the idea (especially with CN overlooking the project), but I will NEVER forgive John Burne (whom the script may be influenced from) for what he did to The Vision in West Coast Avengers!

Very interesting news...
Its always interesting to hear that they are trying to keep classic characters alive.

I'll bet its times like this when Krypto and Bat Hound wish that they had better agents.

(Although I did think that "Krypto the Superdog" was a cute show while it lasted. Its just too bad that the show didn't cater to an older crowd.)

I don't get the National Periodicals title?

National Periodicals was DC Comics name until the 70's.